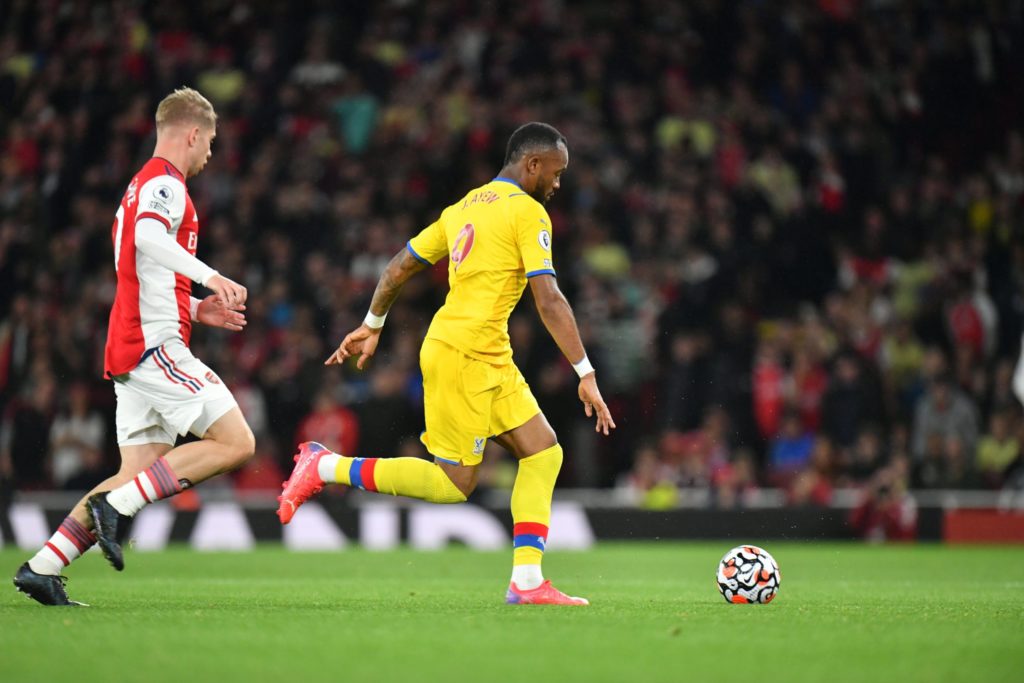 Ghana striker Jordan Ayew provided his first assist of the season as Crystal Palace travel to the Emirates to pick a point against Arsenal.

The 30-year-old forward robbed off compatriot, Thomas Partey, before setting up Christian Benteke for the equalizer to cancel out Pierre Emerick Augbamayeng's early first half strike.

Ayew, who is yet to open his goal scoring account this season, was then replaced by Michael Olise after 71 minutes and the substitute turned provider as the Eagles took the lead two minutes later through Edouard Osdonne.

Palace were denied all three points after French forward Alexander Lacazette netted a 95th minute goal to deny the visitors.

Thomas Partey saw 81 minutes of the game after he was replaced by Gabriel Martinelli.

Both player were influential in Ghana's World Cup qualifiers against Zimbabwe last week, as the Black Stars recorded home and away wins against the Warriors.