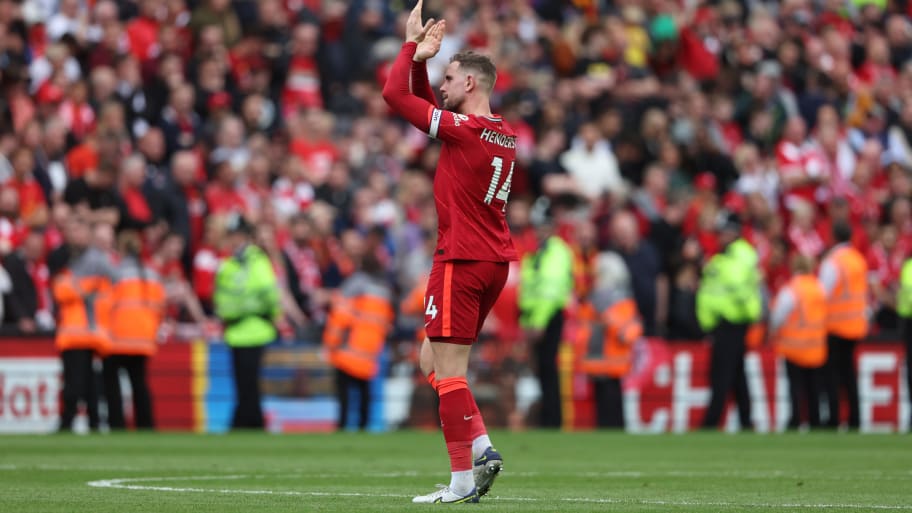 Jordan Henderson has said that Liverpool were nervous going into the final day of the season, and didn't play 'particularly well' in their win over Wolves at Anfield.

Liverpool had to better Man City's result against Aston Villa to win the Premier League title on the final day of the season, but went behind early on in the game - with Pedro Neto grabbing the opener in the third minute.

The Reds drew level before half-time while City managed to go two goals behind at the Etihad Stadium. City were however able to complete a dramatic comeback before Liverpool took the lead at Anfield and went on to secure the title on a remarkable day of Premier League football.

Speaking after the game to Sky Sports, Henderson said: "It was a tough afternoon really for us. We didn't play particularly well, not as well as we can.

"A few things happened during the first half, obviously we went a goal behind which never makes it easy, and obviously a few nerves too.

"But in the end I thought we came through really well, scored some good goals, kept going and found a way to win which was pleasing."

Henderson was then asked if he knew what was going on at the Etihad Stadium during the game: "Not really. The crowd cheering and stuff yeah, but didn't really know what the score was - there were too many cheers from our fans and obviously the Wolves fans as well.

"I sort of lost count, so we were just trying to focus on what we needed to do."

This article was originally published on 90min as Jordan Henderson admits Liverpool were nervous going into final day.