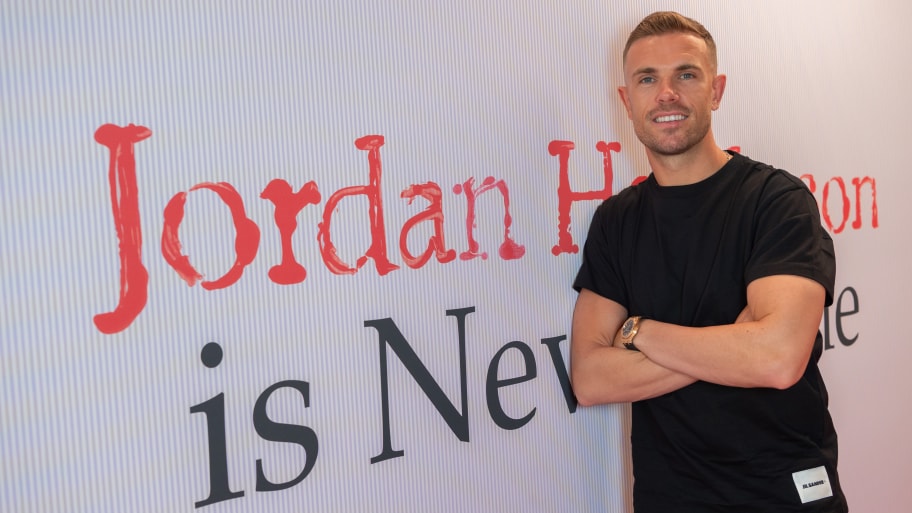 Jordan Henderson has admitted that a talk with a sports psychologist during the early years of his time at Liverpool helped him get his career back on track.

Liverpool signed a 20-year-old Henderson from Sunderland in 2011, paying around £20m to land the midfielder's services in what is seen by many fans as one of the club's worst summer transfer windows of the Premier League era.

The Reds struggled domestically that season, with Henderson one of many new faces to have trouble with consistency and poor form, and the future captain was nearly shipped out by new manager Brendan Rodgers in 2012, such was the extent of his problems.

He ended up staying and would go on to become one of the club's most successful captains ever, and Henderson credited a psychologist in Rodgers' backroom staff for helping him turn things around.

"Looking back now, when I was 20, 21, I was very, very introverted," he told Nike's new Never Done documentary. "I wouldn't want to speak to many people about things and wanted to deal with a lot on my own and sort things out on my own really, that's just the way I wanted to work.

"I ended up speaking to Steve Peters, who came into the club out of the blue when Brendan was there. He [Peters] basically had a meeting with all of the players and said 'I'm here if anyone needs to speak about anything' and said he could maybe help, not with football, but with how players feel in general and their morale. I couldn't really lose anything and I didn't feel great so it was worth speaking to him.

"From that moment, I feel as though that really helped me find who I was in myself. For me, it was a big moment in my career that I met Steve and he gave me the right tools to use and the right mentality to use to get out of a mindset where I wasn't feeling as confident as I was before I came to the club."

After a solid 2012/13 season, Henderson took his game to a new level in the 2013/14 campaign, in which Liverpool narrowly missed out on the Premier League title.

He'd get his hands on the famous trophy six years later, and enjoyed Champions League glory in 2019 for good measure.

This article was originally published on 90min as Jordan Henderson reflects on turning point in early Liverpool career.