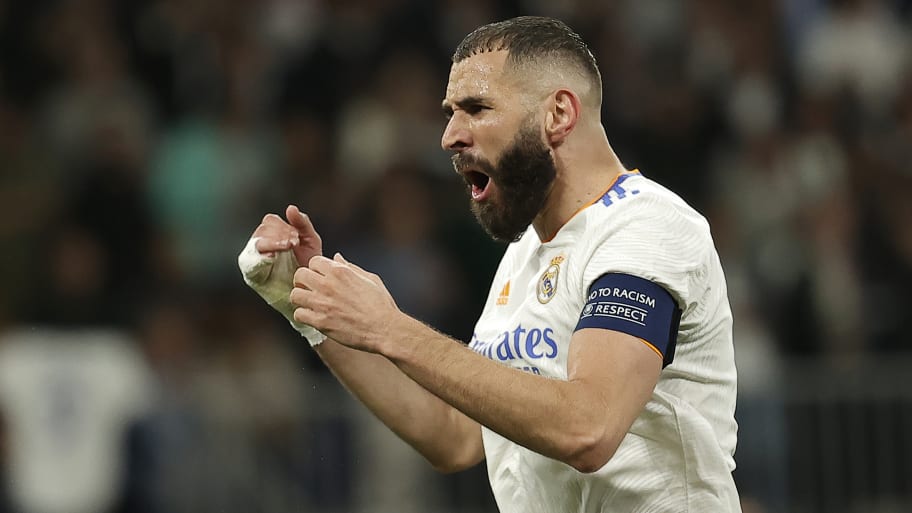 Karim Benzema has revealed that the pressure of taking a penalty in his side's Champions League semi-final comeback against Manchester City only made him want to pull out a Panenka even more.

The Frenchman has been in outrageous form this season but took that to the next level in the second leg against City.

The tie went to extra-time and Benzema was offered the chance to give Real the lead early in additional time, and he flexed his composure to dink the ball right down the middle and send Ederson sprawling.

The potential consequences of his decision were obvious, but according to Benzema, it was something he had been desperate to do.

"I'd been trying it for a long time and I was waiting for the right moment, in a match like this with a lot of pressure," he told RMC Sport. "In this way, the pressure is gone.

"There was pressure, obviously, but it's good pressure. It's a kind of pressure that allows you to try this kind of thing. That's just my opinion.

"I put the ball down and knew that I was going to do it. I thought of nothing else. I only thought of doing it."

Benzema also reflected on his techniques to keep calm, beginning with staring at the referee right until the moment he begins his run-up.

"I always do that," he explained. "Not just this time. If I don't do it, I don't see or hear the whistle. I'm so focused that I can't hear anything anymore. I'm just focused on my actions, hoping that the ball goes in.

"I kept my eyes on the ball [after the shot] because it was a good shot. That's why I was looking at it, not because I thought it was going to hit the bar, but because it was a nice shot. I just watched and waited before I could celebrate the goal."