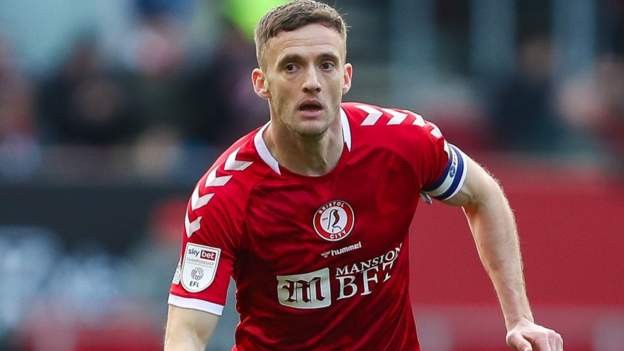 Bristol City midfielder Andy King has signed a new one-year contract that will see him take up a role as player-coach at the Championship club.

The 33-year-old won the Premier League with Leicester in 2016 and moved to the Robins last year.

The club announced they were in negotiations with Wales international King over a new deal last month.

"I'm absolutely delighted to extend my time at the club," King told the Robins' websiteexternal-link.

"Everyone knows Bristol City means a lot to me with my family connections and I can't wait to hopefully help the club have a positive season.

"This is a slightly different role but playing a part on the pitch is something I still very firmly believe I can do and is what I've been working so hard towards this pre-season with the lads.

"The opportunity to help in a coaching capacity is also great and I'm keen to learn as it's certainly something I see myself doing in the future. I hope that what I've learned so far, and from my experiences as a player, will be really useful to help the good young players we have."

King came through Chelsea's academy before moving to Leicester in 2004.

He won League One and the Championship with the Foxes before playing 25 times in their legendary Premier League title-winning campaign.

He played 15 times for Bristol City last season, scoring once, as they finished 17th in the table.