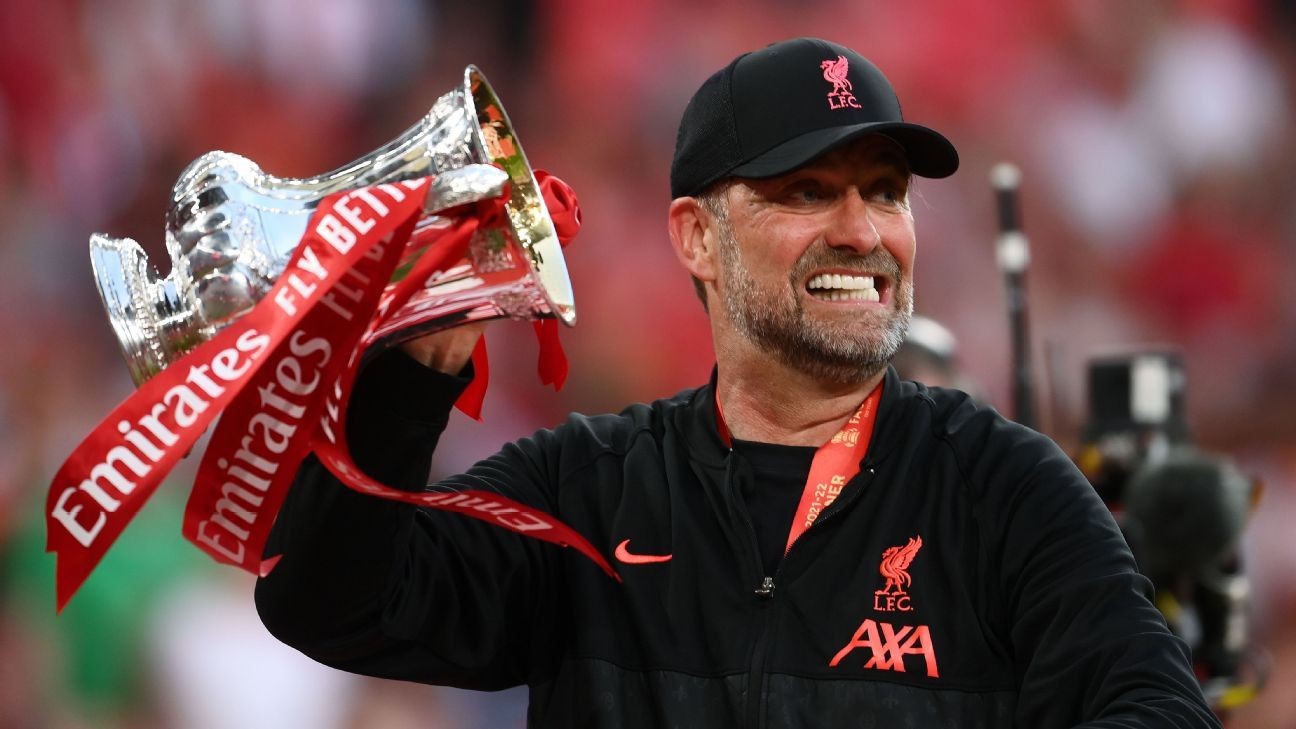 Jurgen Klopp said it has been a "good season" for Liverpool even if they fall short in their Quadruple bid and miss out on winning the Premier League and Champions League.

Liverpool secured their second trophy of the campaign on Saturday after beating Chelsea on penalties at Wembley to win the FA Cup for the first time since 2006.

The Merseyside club face Real Madrid in the Champions League final at the end of May and are still in a compelling race with Manchester City to win the league title.

Speaking ahead of Liverpool's trip to Southampton on Tuesday, Klopp said the FA Cup win means the players can now enjoy the run-in.

"If we play a season like we play and we win the Carabao and fight for the title until the end, I think it's a good season," he told a news conference on Monday.

Jurgen Klopp said Liverpool can enjoy the rest of the season after winning two trophies. Photo by Mike Hewitt/Getty Images

"The FA Cup is a massive competition. It felt great. It takes pressure off and that's what makes it more enjoyable.

"We aren't massive favourites. It's an open game and every little advantage we can get is good. They win the league already. Between now and then, two massive games."

Liverpool are four points behind Pep Guardiola's side with two games remaining after City slipped to a 2-2 draw at West Ham United on Sunday.

City will be crowned champions if Liverpool lose at Southampton and Klopp said freshness could play a part after his side played 120 gruelling minutes against Chelsea.

"This is game 60 so we have to be very careful. We don't finish the season tomorrow," he added.

"When did Southampton have their last game? 10-12 days? Southampton are completely fresh. They are always a well drilled team. We have to make changes. I don't know how many."

Klopp ruled Fabinho out of the Southampton trip while Mohamed Salah and Virgil van Dijk will be assessed after being withdrawn during the FA Cup final.