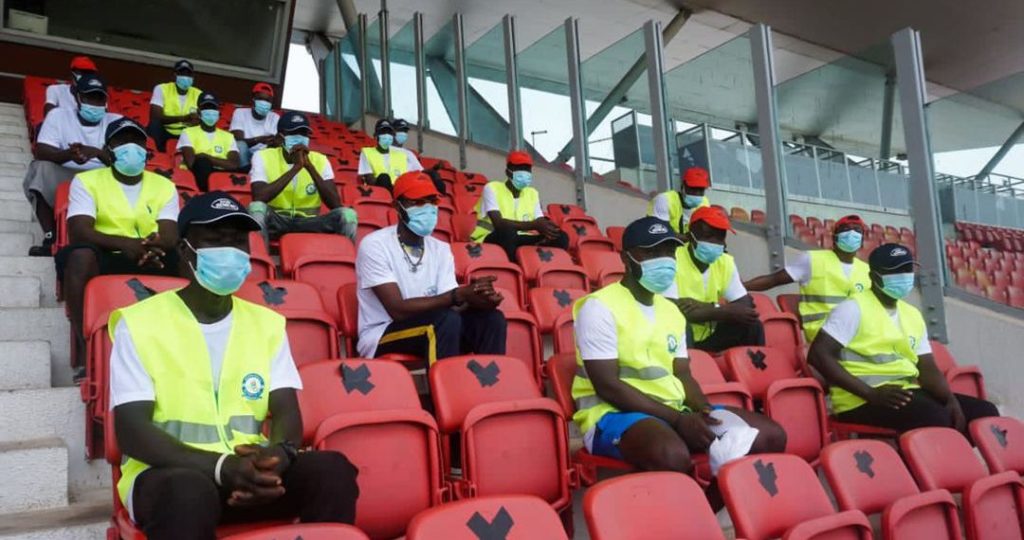 The Ghana Football Association is in a fix whether to allow giants Asante Kotoko and four other clubs from admitting fans for their Premier League matches this weekend after they failed to train stewards, GHANAsoccernet.com can report.

The Porcupine Warriors are among FIVE clubs that refused to adhere to the directive by the governing body - putting them on a potential collision course with the FA.

The Ghana FA has insisted that Only clubs that have met all the requirements and have been given approval will be allowed to admit supporters to their home matches.

However, the Ghanaian giants are among five clubs who flatly failed to adhere to the FA directive to spark talks of a potential blackout ahead of their Premier League showdown against Medeama in Obuasi on Saturday.

Allowing Kotoko to admits fans without trained stewards will be a massive slap on the FA and and a brutish insults to other clubs who have spent money in that venture.

GHANAsoccernet.com understands that there is growing disquiet among Security and Safety Officers of the Premier League clubs amid Kotoko's no-show to the directive.

Clubs are waiting for a decision from the FA which will signal a massive future directive from the association.

Per the directive of the Ghana FA, Asante Kotoko, Bechem United, Aduana Stars, Ebusua Dwarfs and Inter Allies are not allowed to admit fans after failing to train stewards.

Ghana's Sports Ministry has announced the return of football fans to the various match venues ahead of this weekend's league games.

The Ghana Football Association had to revert to games behind closed doors in February this year due to the surge in coronavirus cases in the West African country.

Premier League clubs were hoping to admit fans prior to the start of the second round of the season but a late communique from the GFA saw games behind closed doors last weekend.

The Sports Ministry in a statement released on Friday has officially lifted the restriction indicating clubs are to admit only 25 percent of fans.

"The Ministry of Youth and Sports is delighted to announce that with immediate effect, approval is granted for football fans (25%) to return to the various League centers to watch both domestic and international competitions subject to observing all the national COVID-19 protocols and the GFA Matchday COVID-19 protocols".

The Ghana FA has issued a directive that clubs with stewards at their venues will be allowed to admit fans on match day.

Club Stewards are to fully implement what they learnt and ensure strict adherence to the GFA Matchday Covid-19 Protocols.