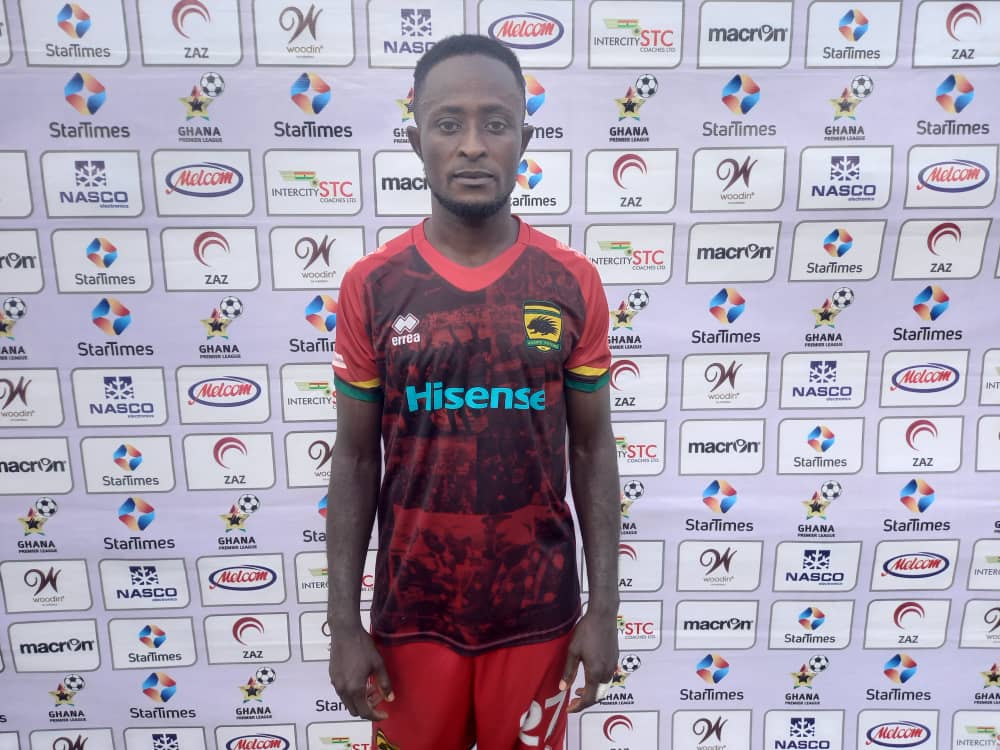 Asante Kotoko striker Francis Andy Kumi has promised his former teammates at Unistar Academy a cash bonus if they are able to beat Gold Stars on Sunday in the Division One League.

Kumi is backing Unistar, who are sitting in fifth place on the Zone II table, to apply the brakes on leaders Gold Stars.

The epic week 19 match will be played at the Swedru Sports Stadium.

He had scored seven goals midway through the first round of the second-tier league.

That earned him a call up in a preliminary Black Stars squad (predominantly home based players) ahead of the 2021 Africa Cup of Nations qualifiers against South Africa and Sao Tome and Principe.