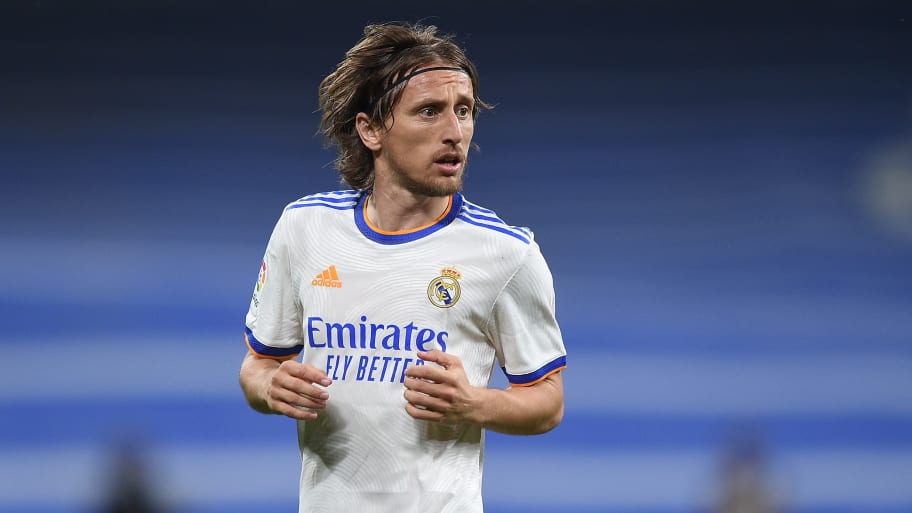 Luka Modric has jokingly suggested he will not treat Real Madrid the same way Kylian Mbappe did when it comes to contract talks and is intent on signing a new deal at the Santiago Bernabeu.

Mbappe announced on Saturday that he would be signing a new three-year deal at PSG, despite reaching an agreement with Real Madrid over a free transfer.

The Spanish press were up in arms over Mbappe's conduct and La Liga revealed they would report PSG to a number of authorities - including the European Union - over their monster contract offer to the Frenchman.

Modric, meanwhile, has just one month left to run on his deal in the Spanish capital, though insisted he is close to agreeing fresh terms.

When asked if he would surprisingly walk away from an agreement the way Mbappe did, Modric replied: "I won't. I won't do it, for sure. But let the club do it to me!

"No, I'm kidding. We have a lot of trust between us, we get along very well and what has to happen will happen. But now it's the [Champions League] final and that's the most important thing. I don't want to think about anything else.

Modric was also asked if there was already a player at Real Madrid who could step up and fill the role that Mbappe would have taken.

"It could be Vinicius. It could be Rodrygo. We have Camavinga and Valverde, who are young, who have done very, very well this season, and not only this one but also years ago," Modric said.

This article was originally published on 90min as Luka Modric insists he won't act like Kylian Mbappe in Real Madrid contract talks.