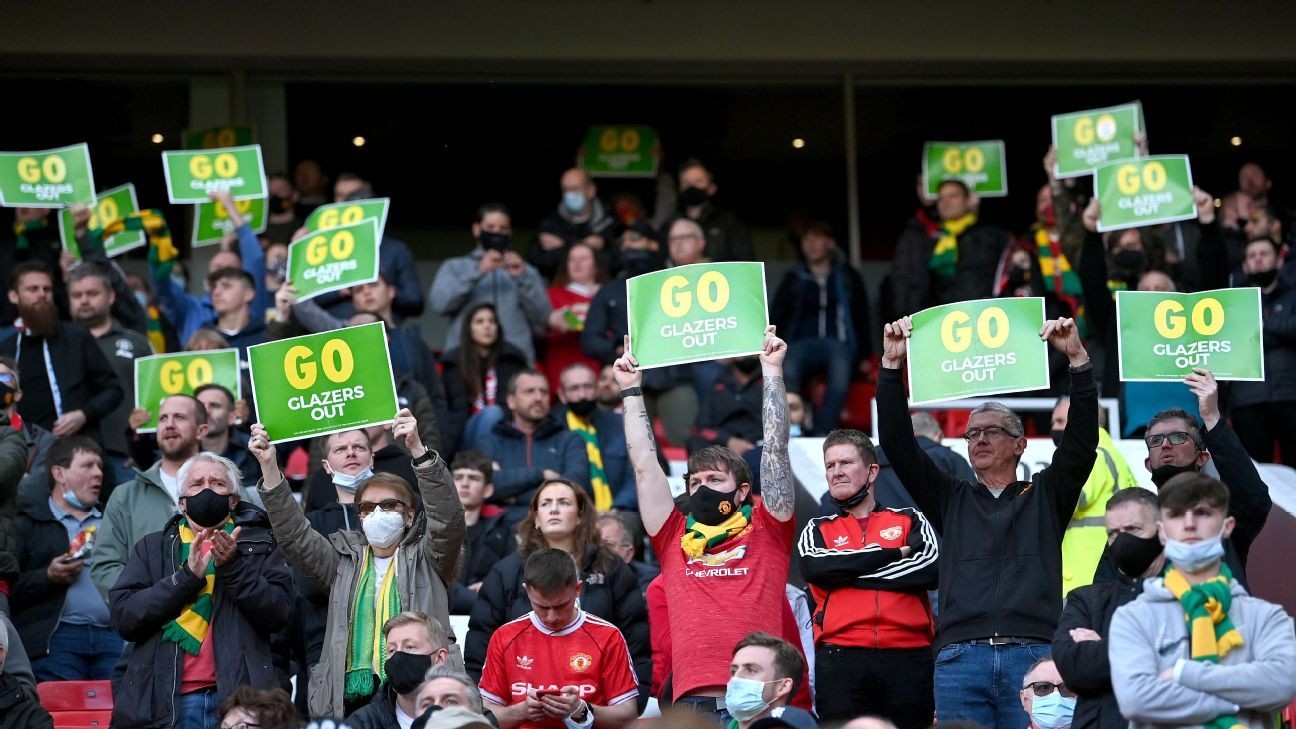 A culture of mediocrity has set in at Manchester United, and it has nothing to do with manager Ole Gunnar Solskjaer. In many ways, Solskjaer is merely a victim of the erosion of standards and expectancy caused by the club's owners, the Glazer family, and their senior executives at Old Trafford.

Solskjaer running out of time after Liverpool humiliation15hMark OgdenOle on Liverpool loss: My 'darkest day' at Man Utd15hRob DawsonPremier League without VAR: The winners and losers10dDale Johnson

Neither the Glazers nor Ed Woodward, the outgoing executive vice-chairman, were at Old Trafford on Sunday as Solskjaer suffered what he described as his "darkest day" in football, with United humiliated 5-0 by bitter rivals Liverpool, and their absence from their team's biggest domestic game of the season epitomised the apathy at the top of the club.

If the owners or the man in charge of running the club on a day-to-day basis cannot find the time to watch Manchester United play Liverpool from the plush seats in the directors' box -- a game that those very same executives wanted to become a staple fixture of a breakaway European Super League just six months ago -- then can they really claim to be focused on ensuring that United return to the position of power and dominance that they occupied until Sir Alex Ferguson retired as manager in 2013?

Since Ferguson stepped down eight years ago and the Glazers and Woodward took full control of the club -- Ferguson was the last United manager to run the club from top to bottom -- United have won just three major trophies (an FA Cup, Carabao Cup and Europa League) with two runners-up finishes in the Premier League the best they have mustered. Within that period, United have never finished above Manchester City in the table. And since Solskjaer took charge in December 2018, when he initially replaced Jose Mourinho on an interim basis before being confirmed as permanent manager the following March, United have won nothing. They have become a "nearly team," losing four semifinals and a Europa League final.

While fans want trophies and bragging rights over rivals, owners can measure success differently. United will argue that Solskjaer has made gradual progress in his time as manager, improving the team's league position every season and reshaping the squad with expensive additions, while also keeping hold of the club's stars. But whenever the pressure has been on and United have been faced with a game they must win, Solskjaer and his players have consistently fallen short.

Yet at the end of last season, when multiple Premier League winner Pep Guardiola and Champions League-winning Thomas Tuchel were handed two-year contract extensions by City and Chelsea, respectively, the Glazers and Woodward deemed Solskjaer to be worthy of a new three-year contract at United. Why? Because United no longer operate to the same high standards that defined the club under Ferguson's leadership. Mediocrity is now enough to impress the Glazers.

Chelsea and City have been the most successful English clubs of the past decade, and while much of that is undoubtedly down to the financial might of their respective owners, Roman Abramovich and Sheikh Mansour bin Zayed al Nahyan, it is also because both clubs have an insatiable appetite for trophies that comes from the top and owners who are much more involved.

Chelsea's approach is to be ruthlessly demanding. If a manager is failing, he is replaced. Even club legend Frank Lampard was sacked by Abramovich, who made the change last season and then saw Tuchel transform the team and guide them to Champions League glory.

At City, Sheikh Mansour's Abu Dhabi hierarchy have long worked to a policy of appointing the absolute best in every key position in the club. They hired Guardiola as coach, former Barcelona director Ferran Soriano as chief executive and gave Txiki Begiristain, Barcelona's former sporting director, responsibility for player recruitment as director of football. Liverpool have also gone for the best, appointing Jurgen Klopp as manager and trusting sporting director Michael Edwards to make the club a formidable operator in the transfer market.

play1:28Hutchison: I don't know how Solskjaer can survive 5-0 Liverpool defeat

Under the Glazers, however, United are neither ruthless nor fixated upon appointing the best. In the boardroom, Woodward, deputy Richard Arnold and director of football negotiations Matt Judge have all ended up in senior positions at Old Trafford having attended Bristol University at the same time before progressing into investment banking. Perhaps they are the best in their field anywhere in the world, but that would be some tribute to the quality of Bristol University as a breeding ground for football directors who have no previous experience of working in football.

Woodward, you may have forgotten, announced that he would step down from his role in April following the failure of the Super League fiasco. Six months on, he is still at Old Trafford with sources telling ESPN he may remain there until next April.

In the football positions, meanwhile, United are stocked with former players -- Solskjaer, first-team coach Michael Carrick, assistant manager Mike Phelan and technical director Darren Fletcher. If the Glazers are following the same blueprint of excellence laid out by Chelsea and City, they don't seem to be casting their net too far beyond Old Trafford. Even when the Glazers pulled out all the stops by hiring Mourinho to replace Louis van Gaal as manager in 2016, it was a reactive move, driven by the need to match the ambition displayed by City in appointing Guardiola that same summer.

Where City, Chelsea and Liverpool have appointed managers on the way up or at the peak of their powers, the Glazers' appointments have either been yesterday's men -- David Moyes and Van Gaal -- or a coach needing to rebuild his reputation like Mourinho or Solskjaer, whose only credentials for the job appear to have been his legendary status as a former United player.

But Solskjaer has delivered for the Glazers because they have set the bar so low; Champions League qualification appears to be enough to satisfy their demands.

Solskjaer is not up to the job of taking United above and beyond Chelsea, City and Liverpool, but if he can finish fourth and enjoy a decent cup run, it will keep him in a job. Nobody can blame Solskjaer for that. United's diminished status and expectancy is down to the owners.