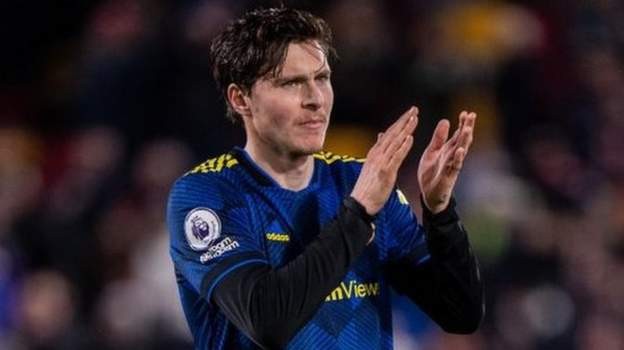 Manchester United will speak to players about improving security after Victor Lindelof's family were the subject of a "traumatic and scary" break-in.

The incident happened while the defender was playing against Brentford on Wednesday.

Lindelof's wife Maja wrote on Instagram that she locked herself in a room with the couple's children.

The Sweden international will not be involved in Saturday's game against West Ham to be with his family.

Asked if security for players' families around games was something Manchester United would look into, interim boss Ralf Rangnick said: "Yes, for sure.

"I think we will even have a meeting in our hotel where the club will speak to the players about what kind of measures could be taken to increase the level of security.

"What is necessary? Where can the club support the players in those areas?

"This is something the club will speak to the players [about] in the next couple of weeks and hopefully be able to make their houses more safe and more secure in the future."

Rangnick said he has discussed the incident with Lindelof and both agreed it would be best for him to take time off over the weekend.

"I spoke with him at length on our flight back home from London and also this morning we spoke for about 20 minutes, 25 minutes," the German said.

"He told me what had actually happened and that this was really a traumatic event, especially for his wife and even the three-year-old son.

"He said to me that he right now needs to stay at home. He doesn't want to leave his wife and his family on their own, which I can fully understand being a father of two children myself.

"We agreed that he will not be training today and also not be on duty tomorrow for the game."

United said in a statement: "His family, who were at home at the time, were unhurt but clearly shaken. This was a distressing experience for them, and for Victor when he learned of it after the game, and the club is providing them with our full support.

Manchester City defender Joao Cancelo was injured when he tried to fight off a gang of intruders during a break-in over the Christmas period.