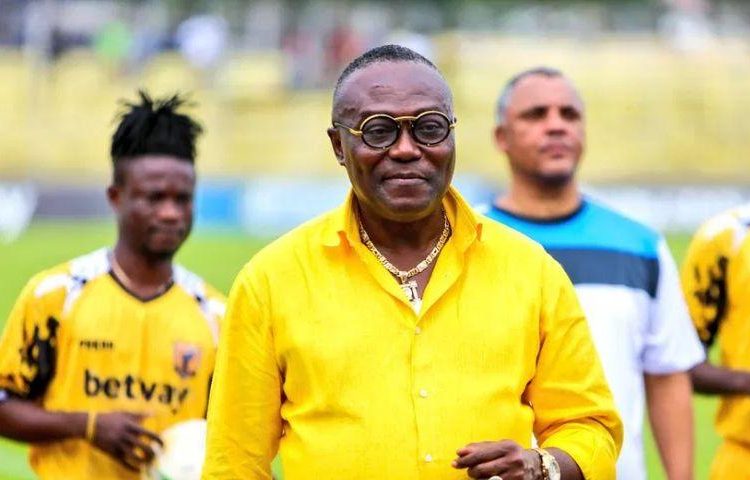 The Ghana FA prosecutor reveals the damning revelation against the herbal doctor in an explosive ruling announced on Monday.

In a decision which has gone viral, the AshantiGold boss is found to be complicit in fixing his side's league match against Inter Allies on the final day of the season last campaign.

In a blow-by-blow account, the prosecutor revealed the number of messages and transactions that took place between the club president and Inter Allies official Nii Amoah.

"The prosecution revealed that before the match was played and between 12th of July 2021 and 19th July 2021, Dr Kwaku Frimpong called Nii Amoah on two occasions," part of a ruling read

"During the discussions, Dr Kwaku Frimpong offered Emmanuel Nii Amoah an amount of GHc10,000 to manipulate the match to achieve a correct score of 5-1 to advance his betting objective. Dr Kwaku Frimpong then indicated that he will instruct someone (who was later found out to be Emmanuel Frimpong, the CEO of Ashantigold SC) to send the money.