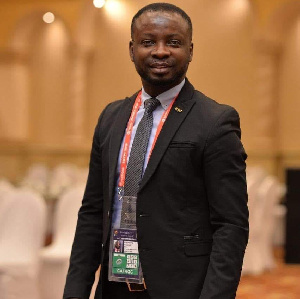 The three-time Ghana Premier League champions have been demoted together with Inter Allies to Division Two for engaging in match-fixing and match manipulation. The two clubs have also been fined Ghc 100,000 each.

Reacting for the first time since the verdict was announced on Monday, the Ghana FA Executive Council member has sympathized with supporters and urged the club to appeal the case as an entity.

"What happened to Ashanti Gold is really sad because the team is one of the best in the country. They are a third force in our league," GFA Executive member told Happy FM.

“Ashantigold SC as a club can make an appeal that will be proper exclusively. They shouldnt add the players and officials involved. Just the club will be a step in the right direction. The Corporate entity as Ashantigold and Inter Allies should appeal but I don’t have a problem with those who have been sanctioned”, he added.

Inter Allies have also been demoted to the Division Two League from the 2022/23 league season after being found guilty of match manipulation.

Inter Allies suffered relegation last season after finishing 18th on the league with 26 points, while Ashanti Gold finished 9th in the standings.