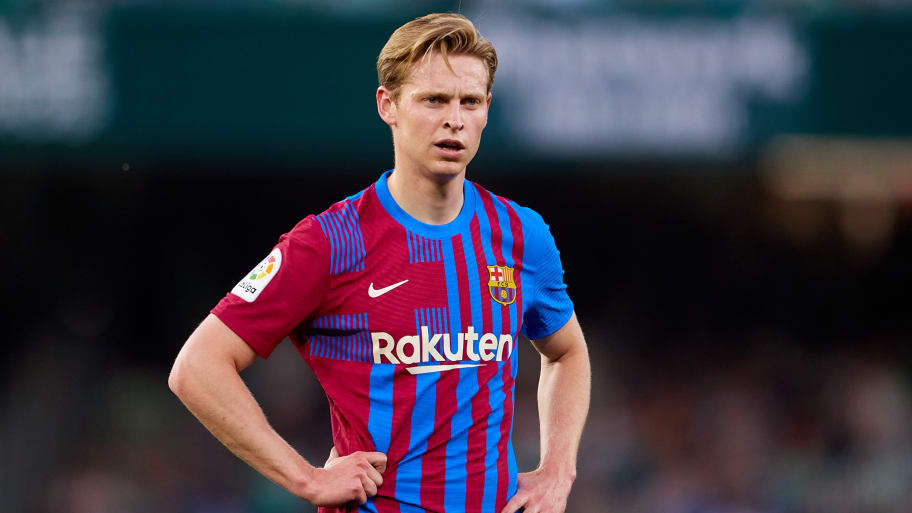 Barcelona director of football Mateu Alemany has admitted that no definitive decisions have been made about the future of Frenkie de Jong and other players at Camp Nou.

De Jong has been heavily linked with a summer move to Manchester United, which would mean reuniting with ex-Ajax coach Erik ten Hag.

90min recently revealed that United are interested in De Jong following Ten Hag’s appointment, with that feeling mutually reciprocated by the player if it means reconnecting with his former boss.

Figures at Barcelona, including head coach Xavi, have often stated De Jong’s importance to the club from a footballing perspective. But the bigger issue remains finances and the Dutchman is a potentially saleable asset that will help with the annual task of balancing the books at Camp Nou.

Xavi appeared to concede that for the first time when he spoke on the matter again over the weekend, suggesting that economics could potentially trump sport when it comes to De Jong.

“Is De Jong non-transferable? Yes, for me he is a very important player, he has been a starter in nearly every game apart from when he needs to rest," Xavi said. “He is fundamental to the team, but then there is the economy to consider…we all depend on the economic situation.”

Giving his own latest update, Alemany confirmed that no decision has been made about De Jong, although in reference to the whole squad admitted that ‘financial fair play’ is still a factor.

“We haven't made any decisions on the squad,” Alemany said. “De Jong is important for us. We are clear about what we need, and also that we are conditioned by financial fair play.”