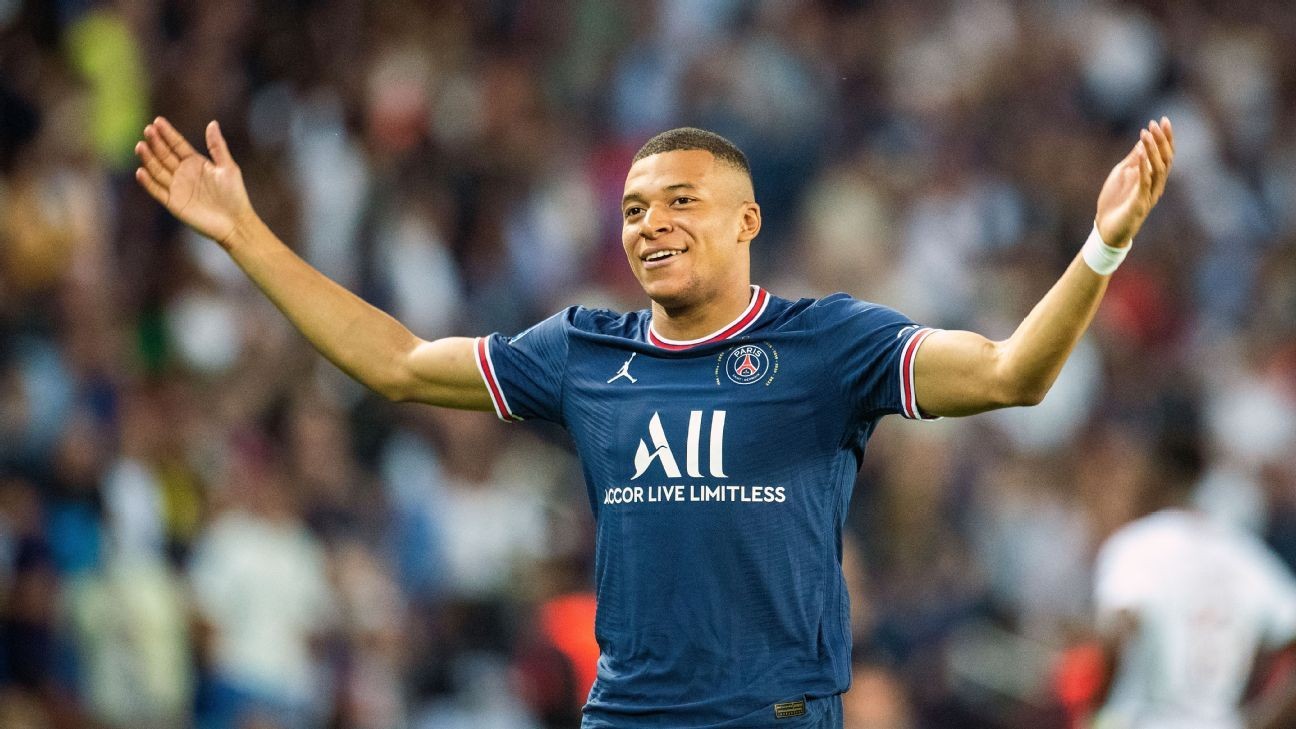 Kylian Mbappe has said winning a first Champions League is Paris Saint-Germain's "clear and announced objective" for the upcoming season.

Boasting an attacking trio of Mbappe, Neymar and Lionel Messi this past season, PSG crashed out of Europe's elite club competition in the round of 16 at the hands of Real Madrid, having finished runners-up in 2020 and reached the semifinals in 2021.

Real Madrid, the team that Mbappe turned down this summer to continue playing at PSG, went on to lift their 14th European title after beating Liverpool, 1-0, in the final.

"Of course, the Champions League is the goal," Mbappe told French broadcaster BFMTV while on holiday in New York. "This is the clear and announced objective. We don't need to list many more adjectives regarding the Champions League. That's what we want."

For that to happen, Mbappe says PSG must return to being "intimidating" in France, something they have not been in recent seasons, having last won the domestic treble in 2020.

"I think it comes down to that, getting back to the basics and then trying to conquer Europe," Mbappe said. "This past season we weren't as fearsome, we were far less untouchable. We want to go back to being intimidating in France, something we have not done these past two years."

Mbappe, who signed a three-year contract extension with the Ligue 1 club in May, has other aims in the 2022-23 campaign.

Since joining PSG in the summer of 2018 from Monaco in a €180m transfer, the France international has netted 171 goals for the club.

He is 29 goals away from reaching Uruguay's Edinson Cavani, who is PSG's all-time leading scorer with 200.

"It would be something spectacular to be PSG's top scorer," Mbappe said. "I think if I keep going like this, there's no reason why I can't do it." Mbappe, 23, considered leaving last summer for Real Madrid. PSG turned down a €200m offer from Madrid at the time, despite knowing Mbappe would become a free agent this summer.

Mbappe, meanwhile, wanted to make it clear that his commitment to PSG is strong.

"This club means a lot to me, everyone knows that," he said. "So, I may not have had the time to say how important this club is to me... I have always been focused on my work. Maybe I didn't have time to be romantic enough with people or with fans.

"Of course, to mark history, there is this romantic, emotional side. But I always thought that the first base was to be efficient. When you perform, whether people like you or not, you are recognized. It has always been my priority."