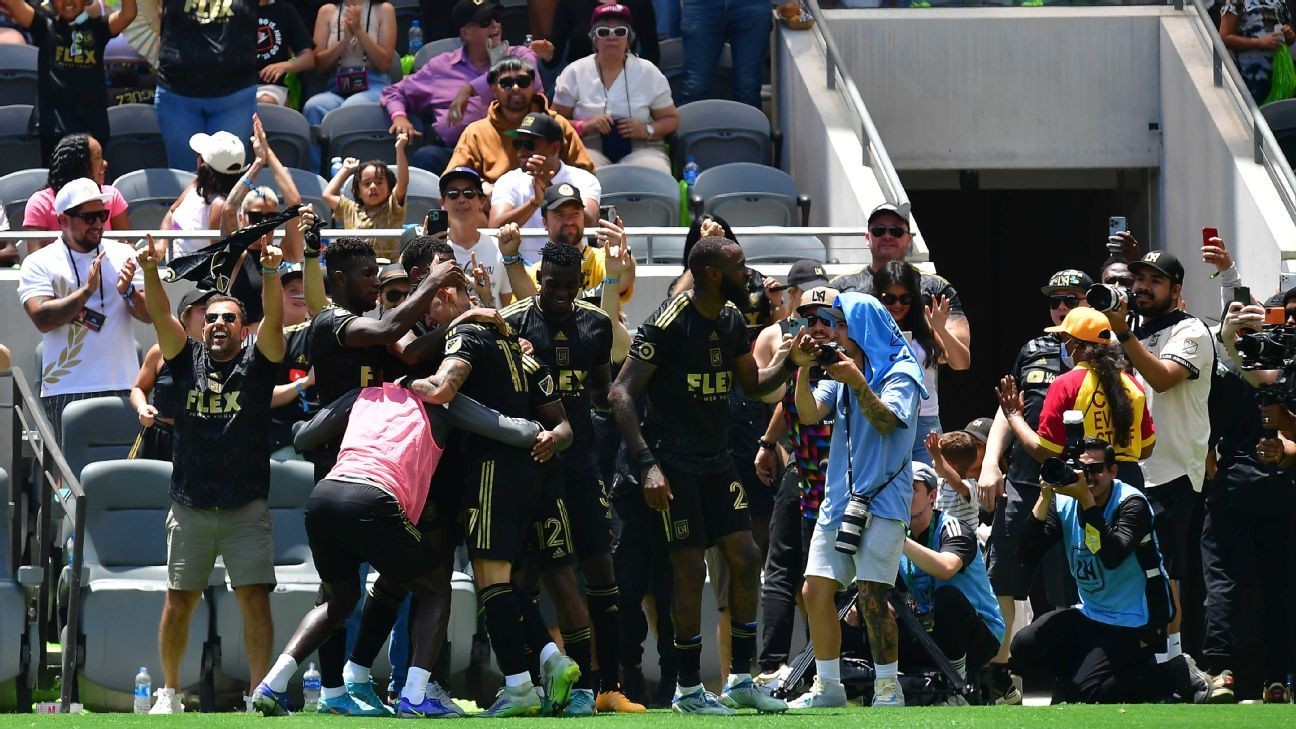 Cristian Arango scored his fifth goal of the season in the 67th minute and his third in as many games to help lift LAFC to a 2-0 home victory over the short-handed New York Red Bulls on Sunday afternoon.

Diego Palacios added his first goal of the campaign in the 70th minute for LAFC (10-3-3, 33 points), who moved four points clear of Real Salt Lake atop the Western Conference and standings.

Carlos Vela and Brian Rodriguez provided the assists on LAFC's MLS-best 21st and 22nd goals of the season.

Maxime Crepeau made four stops to keep his fifth clean sheet of the season as LAFC extended their unbeaten run to four matches (3-0-1). And the Black and Gold are expected to only get stronger in early July after European stars Gareth Bale and Giorgio Chiellini are officially added to the club roster when the secondary transfer window opens.

There was a sense of excitement in the crowd following Saturday's news that Wales star Bale would join the club and one of of world soccer's best in the stands with Paris Saint-Germain striker Kylian Mbappe, who was spotted in Brooklyn at Thursday's NBA Draft, taking in the game.

Carlos Coronel made three stops for the Red Bulls (7-5-5, 26 points), who only dressed six players on their bench in part because of three unexpected late scratches due to the MLS health and safety protocol.

Those absences included regular starters Luquinhas, who is second on the team with five goals, and Aaron Long, who is the Red Bulls' top defender and a regular with the United States men's national team.

The visitors held their own in the opening 45 minutes, but on a hot day that featured hydration breaks in each half, the Eastern Conference side eventually lost steam against an opponent with one of the strongest benches in the league.

That showed its head when Arango entered in the 65th minute and immediately put the home side in front.

With Vela in possession, the Colombia international made a clever diagonal run to stay onside and then raced into plenty of space to meet Vela's through-ball before calmly finishing 1-on-1 past Coronel.

It was 2-0 three minutes later when Rodriguez evaded his defender near midfield to create another break down the right, then spotted Palacios to his left.

Palacios faked out one retreating defender, then hammered a low finish into the far right corner that left Coronel little chance.