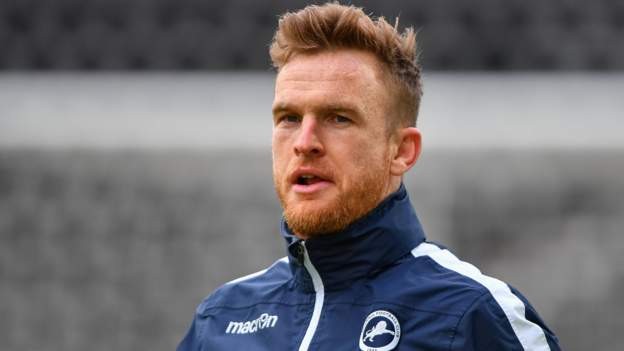 Jed Wallace has scored 43 goals in 260 appearances for Millwall

Pearce has made 81 appearances for the Lions since joining the club in 2019 from Derby County.

Wallace, who scored six goals this season, will be out of contract at the end of June.

Winger Connor Mahoney will also leave the club when his deal expires next month.

The 25-year-old scored five goals in 68 appearances for Millwall after moving from Bournemouth in 2019.

The Lions says discussions over the future of midfielder Maikel Kieftenbeld are "ongoing" with the 31-year-old Dutchman out of contract at the end of June.

Millwall finished ninth in the Championship, missing out on a play-off spot on the final day of the season.