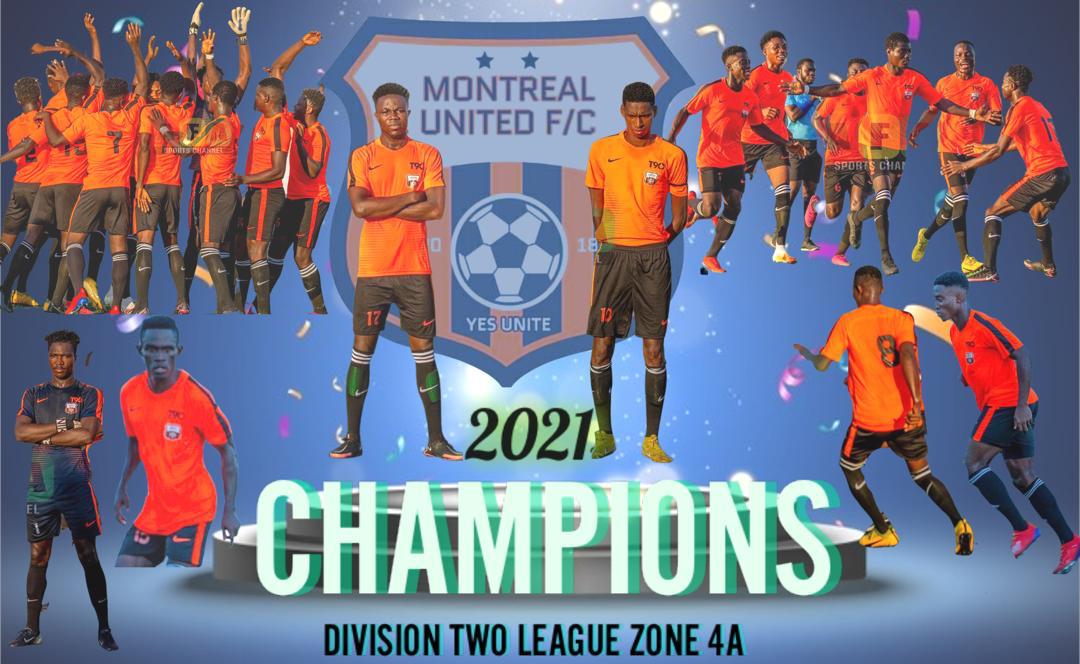 Montreal United have confirmed their status as Champions of Zone 4A of Ghana's Second Division League.

The ambitious club were crowned champions after a 2-2 draw against Dan-Devan on Monday, extending their unbeaten run in the ongoing league to eleven matches.

Montreal, backed by Unique Homes, led the top of the Zone 4A Division Two table from the start of the season, and needed a point from their away match-day eleven game against Dan Devan, which was secured.

As a result, they have booked a ticket to play against the Zone 4B League winner in a one-way final match which will book them a playoff competition to qualify into the First Division come 2021/22 season.

"I want to use this opportunity to thank our sponsors Unique Homes for their support. We will continue to make them proud and hopefully we will qualify for the Division One League," he said.

Montreal achieved the unbeaten feat after 11 matches in the Division Two League, accumulating an impressive 29 points even with three matches to end the league.

They will now play Desert Warriors, Dawtex and Besiktas in their last three games in the hopes of finishing the season unbeaten.