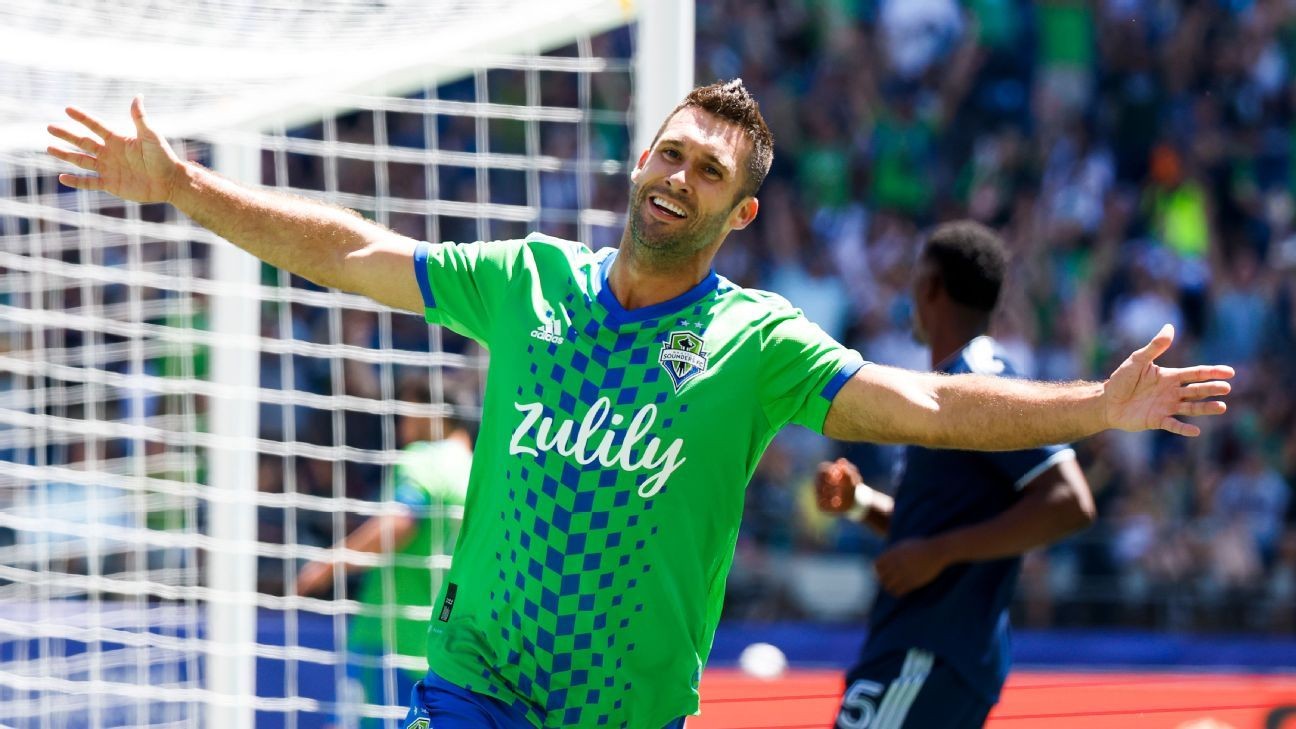 Jordan Morris and Cristian Roldan each had a goal and an assist as the Seattle Sounders defeated visiting Sporting Kansas City 3-0 on Saturday afternoon.

Will Bruin also scored for the streaking Sounders (7-6-2, 23 points), who improved to 5-1-1 in their past seven games to move above the playoff line in the Western Conference.

Goalkeeper Stefan Frei was forced to make just one save in posting his 90th career shutout, the third-most in league history.

Sporting KC (4-10-4, 16 points) lost for the third time in the past four games. Goalkeeper Tim Melia made five saves in the defeat.

Bruin, a 12-year veteran starting in place of the injured Raul Ruidiaz, scored in the eighth minute. Morris tallied in the 71st and Roldan in the 76th.

The first goal came after Sounders defender Alex Roldan sent a pass to his brother, Cristian, who dribbled the ball toward the top right corner of the 18-yard box before sending a cross to Bruin, who was positioned at the top of the 6-yard box at the far post. Bruin put a header back across the goalmouth, leaving Melia no chance as he tried to scramble from post to post.

Morris' goal was similar, though it came on a cross from Nouhou Tolo on the left wing to the top of the 6-yard box near the right post for a header.

The Sounders kept up the pressure to make it 3-0. Substitute Leo Chu drove the ball down the left wing before sliding a pass ahead to Morris, who got the ball just before a hard-charging Melia. Morris chipped a pass across the goalmouth to a wide-open Roldan, who tapped the ball into an open net.