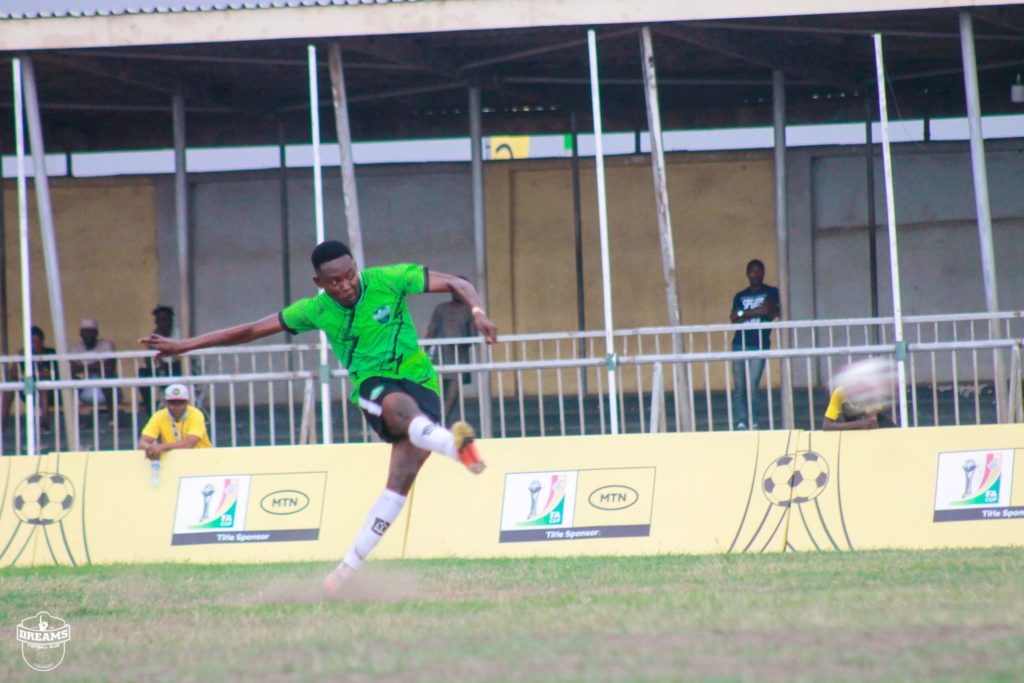 Dreams FC are through to the last eight of the MTN FA Cup after beating Legon Cities on penalties at the El Wak stadium.

After a pulsating 90 minutes of football, the two sides had to be separated via the lottery of penalties.

Collins Boah, the younger brother of former Ghana U20 forward Percious Boah, scored the winning penalty after Legon Cities had missed two from the spot.

Legon Cities started the game strongly and right on the half hour mark tested the Dreams FC goalkeeper but both sides could not find a goal before the break.

Boateng again tested Antwi from a freekick and the rebound effort was sent wayward by Issah Abass.

Both sides chased an opener but could not break the deadlock as the game went into penalties.

Hans Kwoffie missed from the spot before Boah smashed the winner to send Dreams FC through to the quarter finals.