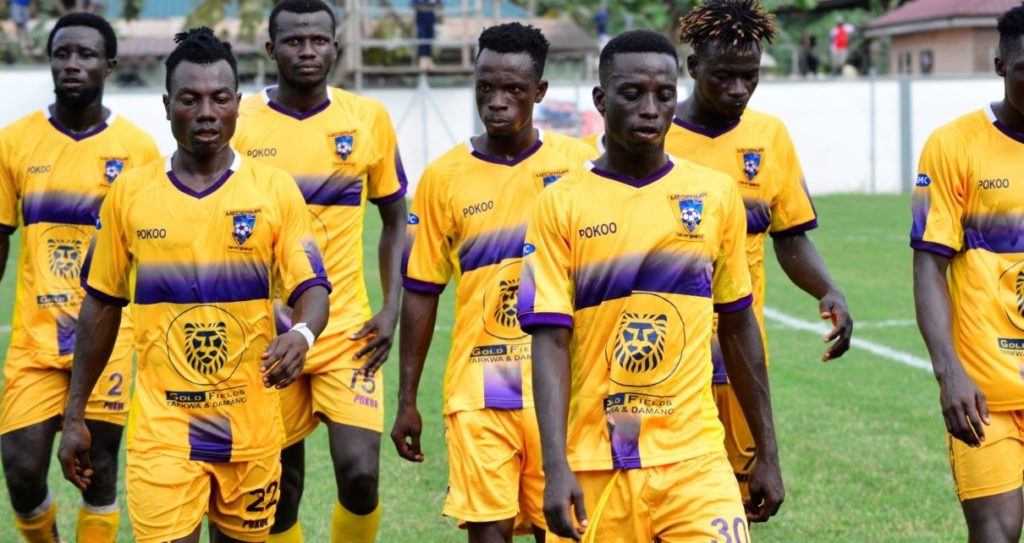 Karela United have progressed to the MTN FA Cup Round of 32 after a nail-biting 5-4 penalty shootout win over regional rivals Medeama at home on Wednesday.

The game had to be settled by the sudden death after a four goal thriller at the Crossby Awuah Memorial Park.

Amed Toure opened the scoring for the visitors on 22 minutes before Samuel Kumi pulled parity.

Ansu Kofi Patrick shot the visitors ahead again in the 32 minute but that lasted for just seven minutes after Umar Bashiru scored from the spot kick to end the first half.

The second half failed to provide further goals as the two teams changed their tactics to avoid conceding.

The Mauve and Yellows lost out 5-4 on penalties despite the heroics of their goalkeeper Boris Junior Mandjui.

Karela United thus progress to the next stage of the competition.