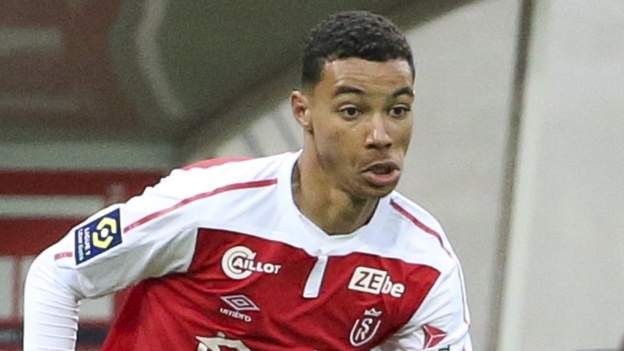 Ekitike is a France Under-20 international

Newcastle United's move for French forward Hugo Ekitike from Ligue 1 club Reims looks to be over after a deal could not be agreed.

It is understood the player's agent's demands proved a stumbling block to the move for the 20-year-old going through.

Ekitike was close to joining the Magpies in January but had second thoughts on deadline day.

He scored 10 goals and made four assists in 24 league games as Reims finished 12th in Ligue 1 last season.

France Under-20 international Ekitike, who is of Cameroonian descent, came through the ranks at Reims, making his Ligue 1 debut in October 2020 before a loan spell at Danish side Vejle Boldklub.

Last season was his first full campaign in the French top flight.