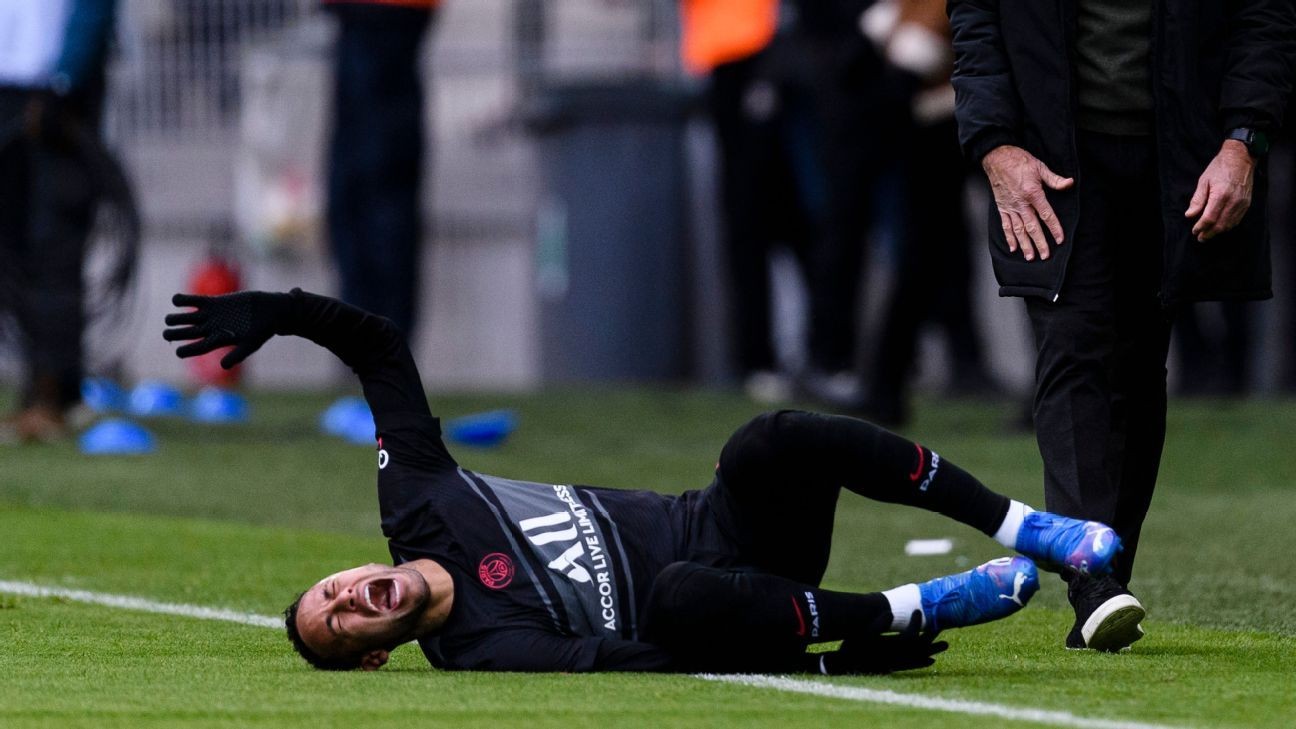 PSG's Neymar was in clear distress when he was stretchered off the pitch. Marcio Machado/Getty Images

Paris Saint-Germain's Neymar is set to miss six-to-eight weeks after sustaining ligament damage in his left ankle in their win over Saint-Etienne on Sunday.

The Brazil international was stretchered off the pitch on 85 minutes during PSG's 3-1 win and the club confirmed on Monday that he would be out for a sustained period of time.

Neymar took to Instagram after the game and promised to come back stronger from the injury.

"Unfortunately, these setbacks are a part of an athlete's life," he said on Instagram.

"Now you have to raise your head and move on. I will come back better and stronger."

PSG said that further tests would be carried out in 72 hours to further determine the severity and how they would proceed.

Sunday's result extended PSG's lead at the top of Ligue 1 to 12 points.