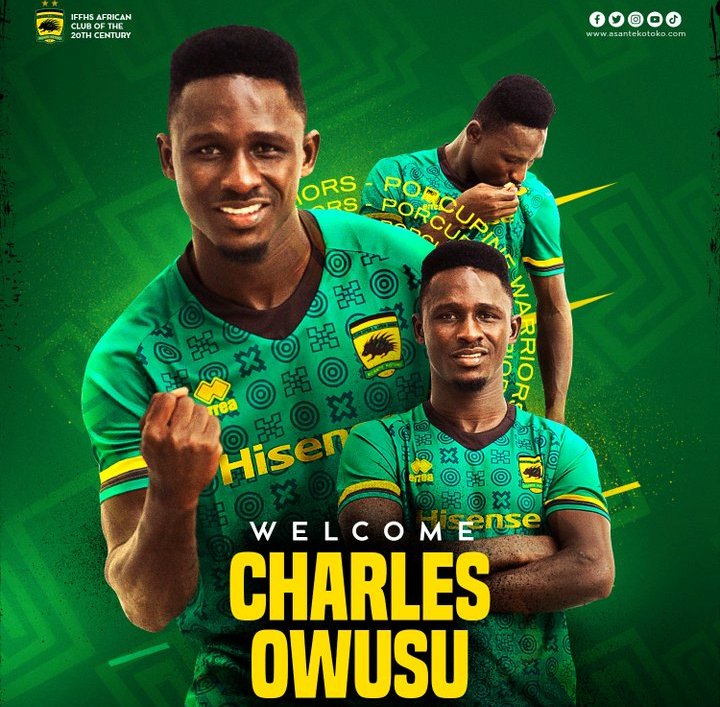 The club confirmed on Sunday, 24 October 2021, Owusu has signed a three-year contract.

A statement read: ''Versatile Left-back Charles Owusu joins us on a three-year deal from B/A United.''

Owusu did not join Kotoko's squad in Dubai for pre season as he was on special training at Adako Jachie.

The Porcupine Warriors start their campaign against Dreams FC on Saturday, 30 October 2021 at the Accra Sports Stadium.