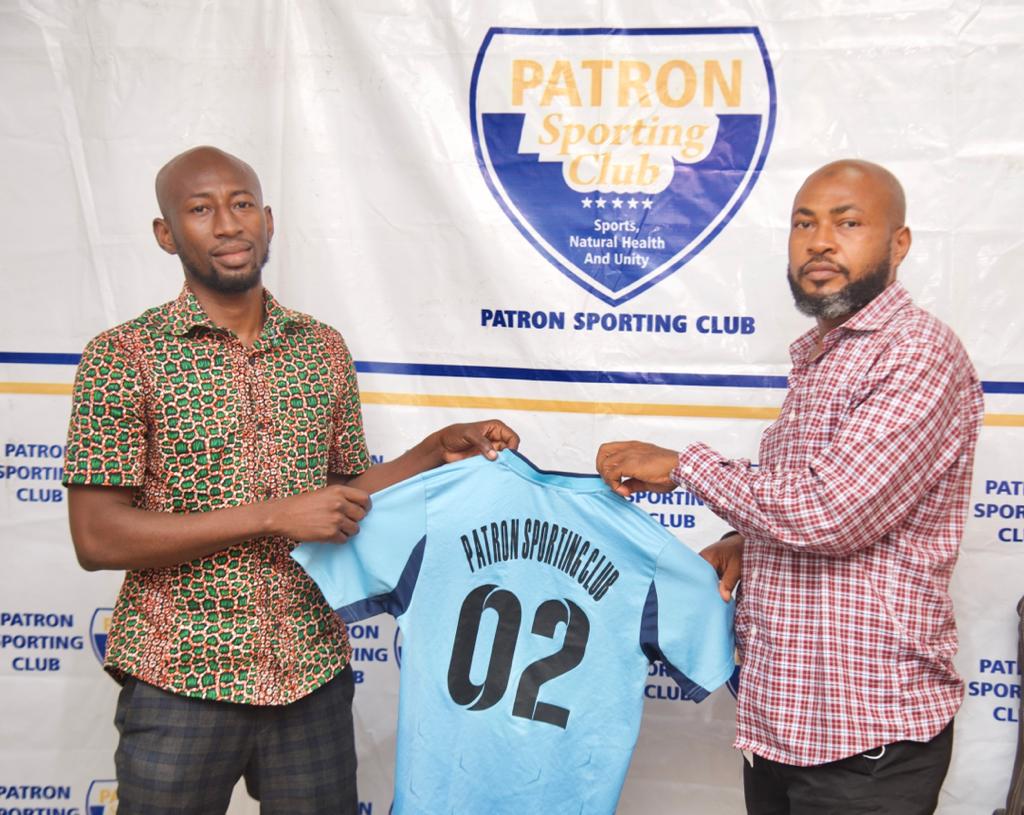 Blue Sports Management having entered into this agreement is officially made to represent Patron SC to introduce the players to higher-division clubs domestically and internationally, negotiate and renegotiate employment contracts for them on behalf of the club and introduce Patron Sporting Club to another club to conclude a transfer agreement, in compliance with the provisions set forth in FIFA/GFA transfer regulations.

The contract is non-exclusive based and confidential to both parties.

This all important yet short event took place at the club’s office at Ashalley Botwe, Accra.

The President of the club and some members of the Board Of Directors. Management, Technical and Playing body were duly present amidst pressmen and a few observers. Also in attendance were officials from Blue Sports Management and top football officers.

CEO/Founder Richard Ameniko expressed his excitement at the partnership, saying: “We are delighted to have formed a partnership agreement with Blue Sports Management, linking into one of the most fast-developing Football clubs in Ghana, Patron Sporting Club” He opined the world should receive their newlywed partners and without any shred of doubt deal with them on their behalf. He is optimistic that even after expiry would still renew due to its successes it promises over the two-year span.

Mr. Alhassan Omar Farouk, A board member and the witness on behalf of the board of PatronSC said it is in the major interest of the main actors of PSC that the agreement is signed and advises them to give all their best to raise themselves up trainings, matches and general life even off the pitch to positively affect their career chosen and the club they currently play.

On the other hand, Mr. Michael Chapman, The Chief Operating Officer, Blue Sports Management conveyed their appreciation to Patron Sporting Club for an opportunity to serve and promised to give out their best to even exceed expectations in the contract. He again by the opportunity given implored his other agencies and intermediaries to get full into action to make Ghana’s stake in the world football market robust.

Patron Sporting Club is in the third tier (Division Two) and adequately preparing for the 2020/21 league scheduled to kick off in mid-May, 2021.

Blue Sports Management is a GFA/FIFA licensed intermediary based in Accra.