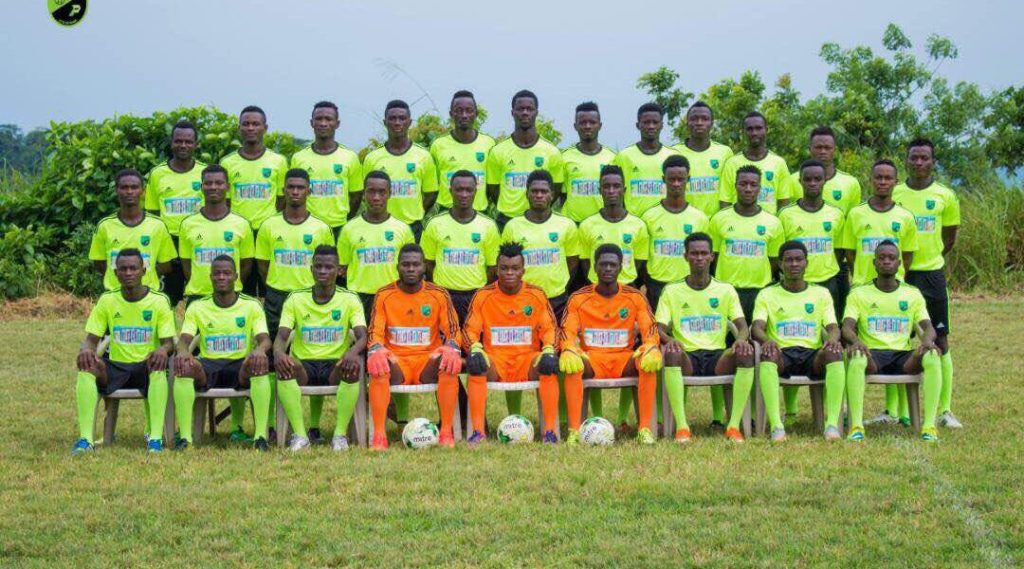 Troubled Division One side Phar Rangers have been banned from competing the FA Cup after withdrawing from all GFA sanctioned activities.

The FA's new release on the case between them and Phar Rangers sees the club demoted to the fourth tier of Ghana Football and with various punishments.

Phar Rangers sent a letter to the Ghana FA on 7th June, 2021 to withdraw from all competitions, including the Division One Zone 3 League and FA Cup with immediate effect.

The Prosecutor of the GFA charged Phar Rangers under Article 13 of the Division One League Regulations and Article 7(d) of the GFA FA Cup Regulations 2021.

In the ruling from the Appeals Committee, the charge levelled against Phar Rangers under Article 13(I) by the GFA Prosecutor was proper, since there was no breach in the rules of natural justice in respect of hearing of the charges against the Club.

Thus their appeal relating to the breach of Article 13 (1) of the Division One League Regulations has been substituted with the club demoted to Fourth-tier by the ruling.

"We have further substituted the sanctions imposed on the Club for the breach of Article 13(1) and in its stead demote the Club to Division Three in the Eastern Region. In accordance with Article 7(d) of the FA Cup Regulations, we hereby ban the Club from applying to enter the FA Cup competition for two years." 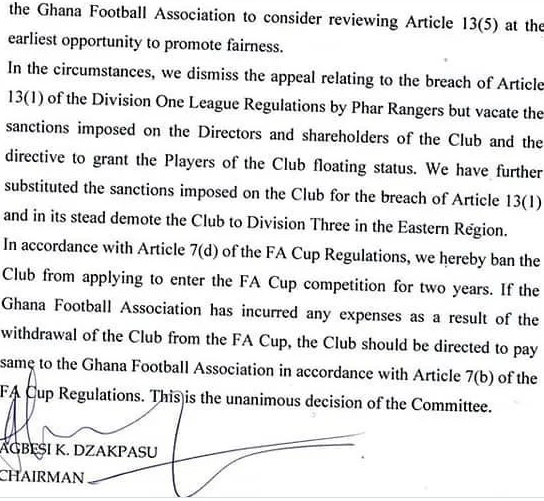