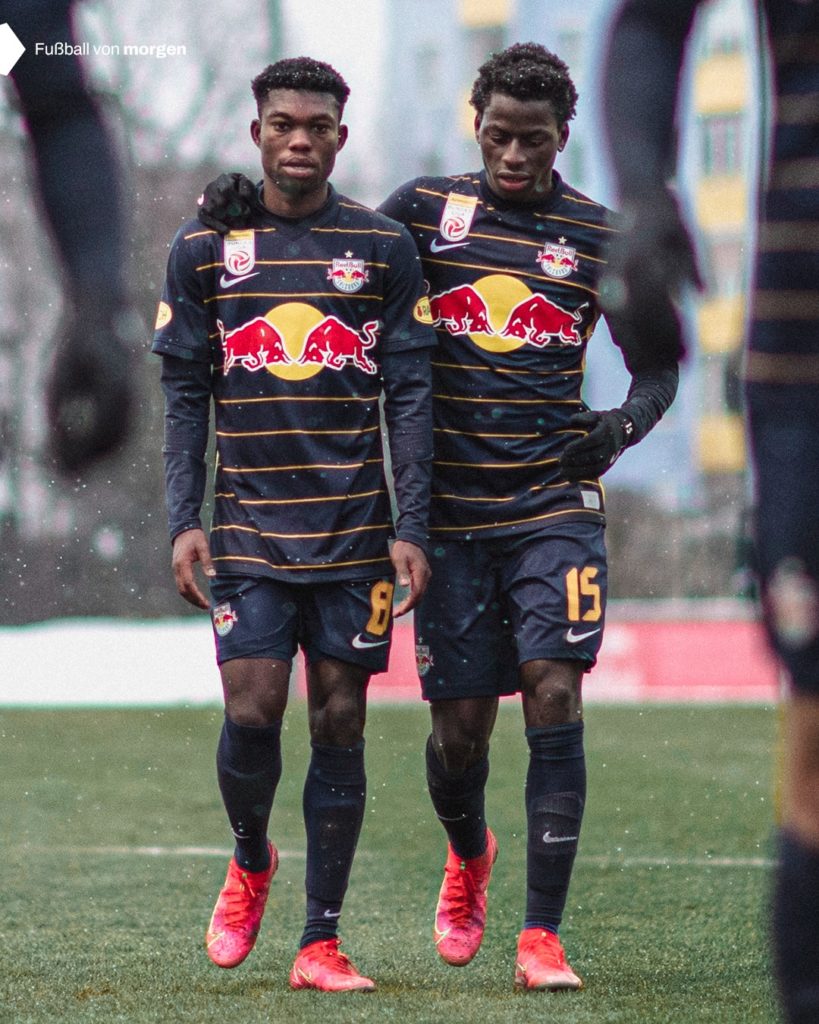 The 19-year-old midfielder was introduced in the 85th minute as a replacement for Junior Chukwubuike Adamu at the Raiffeisen Arena in Pasching.

Amankwah has been promoted from the Salzburg's cooperation club FC Liefering who play in the Austrian Bundesliga II.

There, he scored three goals in 33 appearances.

He scored five goals in ten matches for the second half of the season in the second-tier.