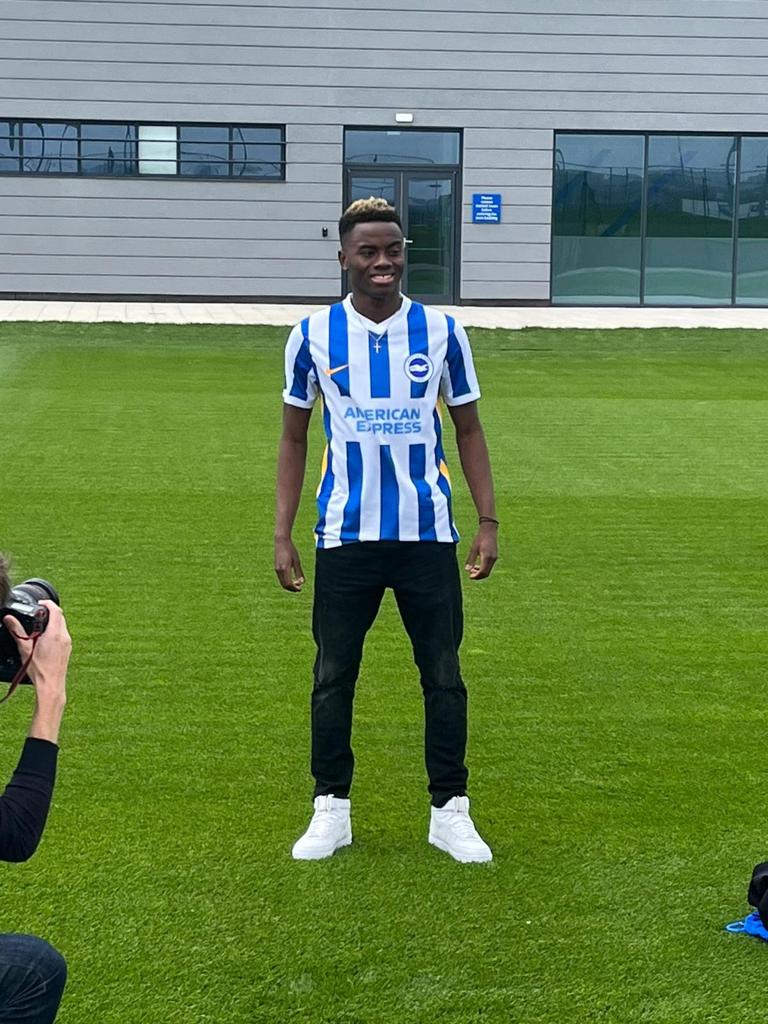 This is the third successive massive summer transfer involving the Akosombo-based academy player grooming school via their mother club in Denmark called Nordsjaelland.

Adingra agreed a handsome personal terms before the two clubs reached an agreement on the fee to complete the transfer.

The 20-year-old, who graduated Ghanaian football academy Right to Dream two seasons ago, signed a five-year contract with the Premier League campgaingers in the evening after arriving in England earlier in the day.

The deal, worth about $8.5 million, allow him to follow in the footsteps of other top stars of the academy that made it to from the Akosombo club on Nordsjaelland and then the top leagues.

All the moves of the trio is worth more millions of dollars which makes it the thirds successive year that a big player has emerged from the talent factory in Ghana thats producing young superstars.

Kudus joined Ajax Amsterdam in a deal with about $15million before Kamaldeen smashed the record to amout $20million and now Adingra will earn the Ghanaian outfit and their Danish club about $7.5million.