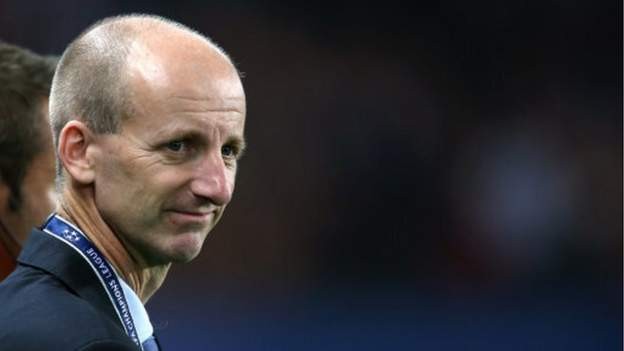 Referees' chief Mike Riley, who led on the implementation of VAR in the Premier League, has announced he will step down next season.

He has faced criticism over how VAR has been used in the English top flight.

"I am proud of the contribution our match officials have made to the professional game," Riley said.

"Now is the right time to plan for the future and allow the new leadership team to build on the strong foundations that we have in place."

PGMOL have said they will confirm Riley's replacement in due course.

Richard Masters, the chief executive of the Premier League, thanked Riley for his commitment to the game.

"During his time at PGMOL, he has worked hard to deliver and develop high-quality match officials across the professional game and led on the implementation of VAR into the Premier League three seasons ago," Masters said.

VAR was introduced in the Premier League for the 2019-20 season and has divided opinion.

However, changes have been made throughout it's three years of operation and before the start of last season, Riley promised VAR would be "dialled back" with officials told not to penalise "trivial things".