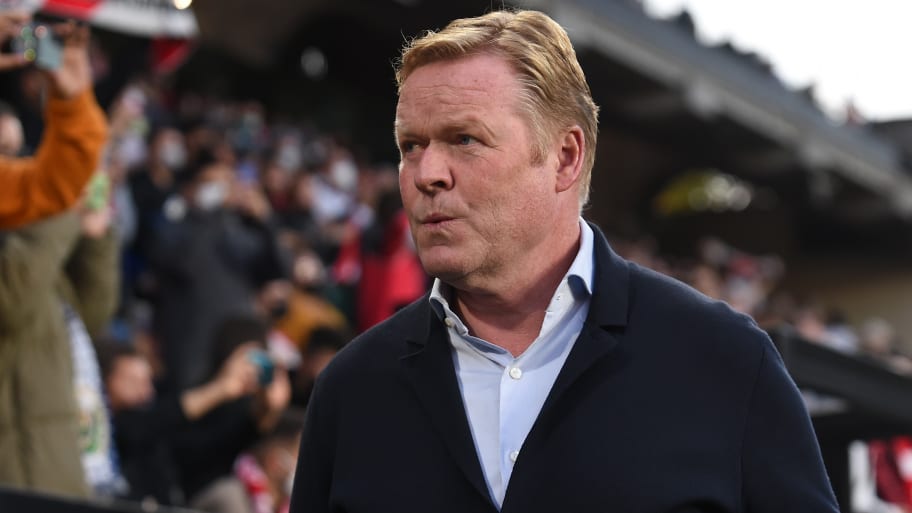 Ronald Koeman has continued to hit out at Barcelona president Joan Laporta for his treatment towards the end of his time in the Camp Nou dugout.

With results not exactly going to plan on the field, Laporta spoke openly about searching for a new manager even while Koeman was still in the job, eventually ditching the Dutchman in favour of hiring club legend Xavi in November 2021.

It was an ugly end to Koeman's tumultuous time in charge at Barcelona, and the former boss has never hidden his frustration towards Laporta's actions.

"Leaving was a bit of a liberation," he told TV3. "It was a difficult time for the club, first without a president, then with Laporta's doubts about the manager.

"You want to be a coach but you know that if you don't win, you have problems.

"As president, you can always have doubts. But if you say them to the public, everyone starts to doubt. It was a big mistake on his part."

He continued: "In general, the dressing room was not against the coach. We worked well. The problem was when the president came. A president or technical director can doubt the coach, but the problem is that it came out in the press. As president, you cannot leave doubts about the coach. I would never do that. I show my face and go straight ahead."

Koeman also discussed the criticism he received over his style of play, questioning why Barcelona continue to demand the same 4-3-3, tiki-taka football that earned them so much success in the past.

"As a coach, I am in favour of trying to dominate the game. A system with three central defenders or five defenders is not necessarily defensive.

"But Barça lives in the past, from tiki-taka, from 4-3-3. Football is faster and more technical now, it has changed. But if you have Xavi, [Andres] Iniesta, [Lionel] Messi..."

The Dutchman added: "When I said 'it is what it is', I was referring to the situation at Barça. Xavi also said that it was a complicated moment. You have to understand that this is not [Pep] Guardiola's or Luis Enrique's Barça. Messi, Xavi and Iniesta are not there. Forming a team and training players takes time."


This article was originally published on 90min as Ronald Koeman blasts Joan Laporta over Barcelona exit.