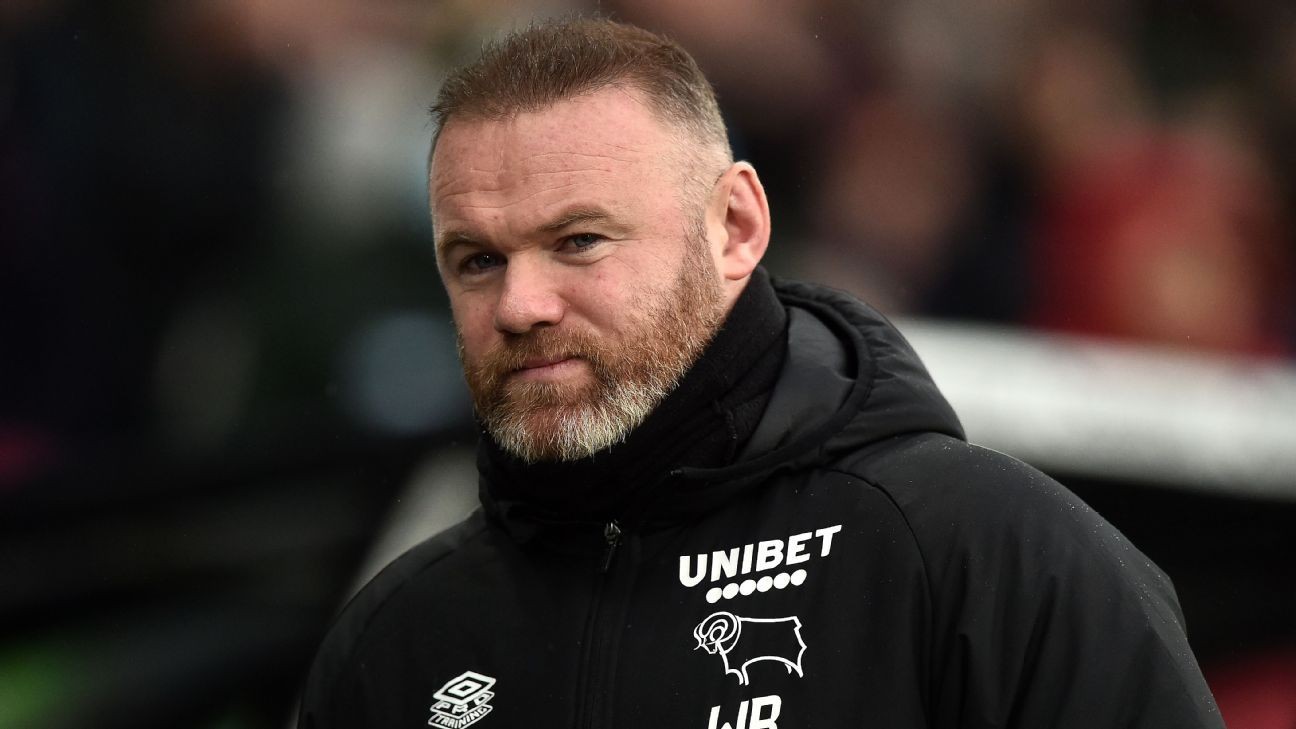 Derby County boss Wayne Rooney has said he turned down an opportunity from Premier League side Everton to interview for their vacant manager's position.

Everton have been without a manager since Rafa Benitez was sacked earlier this month after a disappointing six months in charge at Goodison Park.

Rooney, 36, said on Friday his agent was contacted by his former club but he turned the approach down to focus on Derby.

"Everton approached my agent and asked me to interview for the job," Rooney said.

"But I turned it down. I believe I will be a Premier League manager and I am ready for that 100%. But I have a job at Derby, which is important to me."

Derby sit 23rd in the Championship, eight points adrift of safety, after being deducted 21 points by the EFL: 12 points for entering administration, or proceedings to mitigate financial insolvency, and a further nine points in November for historical breaches of financial rules under former owner Mel Morris.

Rooney has previously told ESPN keeping Derby up would be his "biggest achievement in football."

Sources told ESPN earlier this month that Roberto Martinez is the leading candidate to replace Benitez as Everton manager, while Frank Lampard and Vitor Pereira are also understood to be on the shortlist.