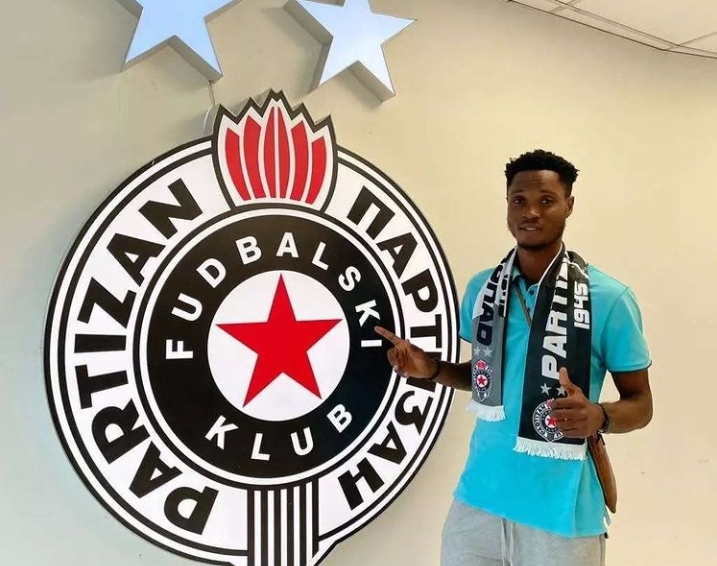 Agyemang is joining Partizan on a season-long loan from AshantiGold SC with an option to make it permanent after the 2021-22 campaign.

The young forward arrived in Belgrade a fortnight ago to undergo trials and has impressed the recruitment team of the club across that period.

Agyemang began training with Serbian club last week and was assessed subsequently before penning his signature on Friday.

The highly-rated attacker in his debut season in the Ghana Premier League was outstanding after netting 5 goals and providing 4 assists in 22 appearances.

Agyemang hit a brace on his debut against King Faisal Babes and also bagged hatrick in the last game of the season against Inter Allies FC.

He joined AshantiGold from third-tier side based in Kumasi, Lizbet FC in 2018 and was promoted to the first team last term.