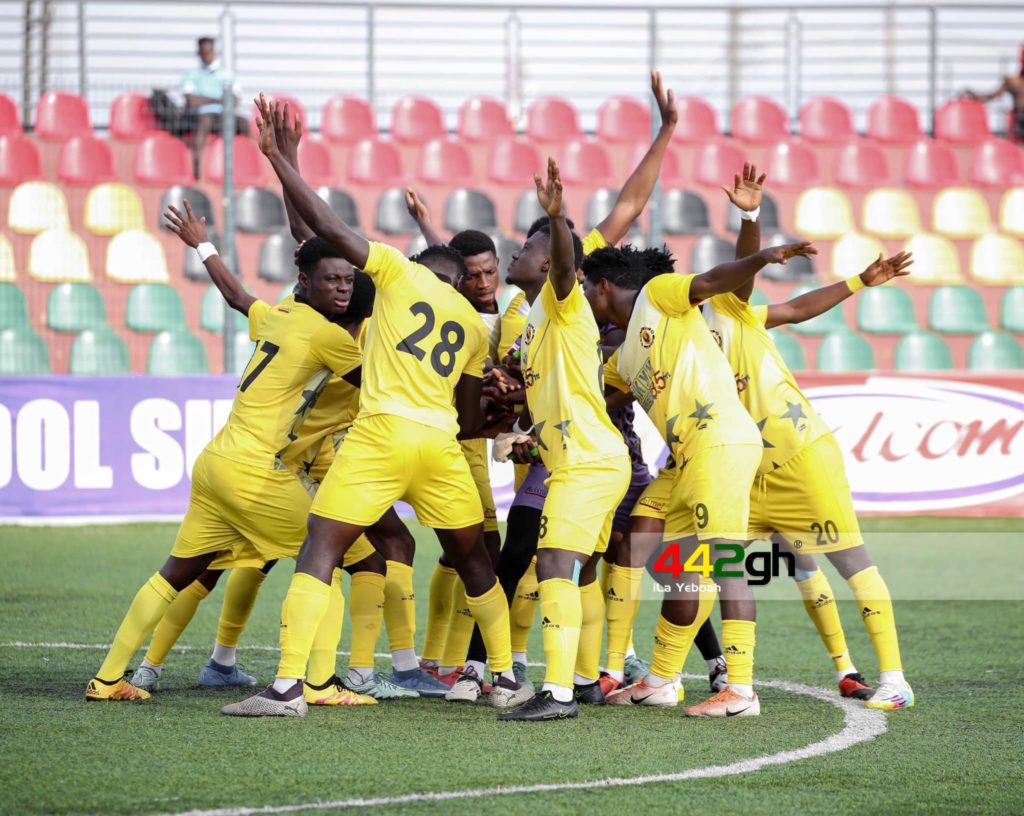 Daboase-based Skyy FC won the inaugural edition of the Division One League Super Cup on Saturday, 23 October 2021, thanks to a 7-6 penalty shootout victory over much-fancied Tema Youth.

This was after the teams had tied 1-1 after extra-time at the Madina Astro-turf in Accra.

Skyy FC shot into the lead in the 15th minute through Ebenezer Mamatah who headed in a cross from the left.

In injury time of the first half, Tema Youth managed to level the scoring.

Jeremiah Akorful floated a free-kick into the area of Skyy FC and midfielder Emmanuel Owusu applied his head to it for the equalizer.

During the spot kicks, it was Skyy FC who first missed when substitute Isaac Quagraine skied the third kick.

In sudden death, Reginald Lartey missed Tema Youth's eighth kick when he fired over the frame and Ernest Owusu planted his firmly at the back of the net for Skyy FC to win it.

In the bronze match,  Accra Lions FC beat Samartex 3-1 for the prize.