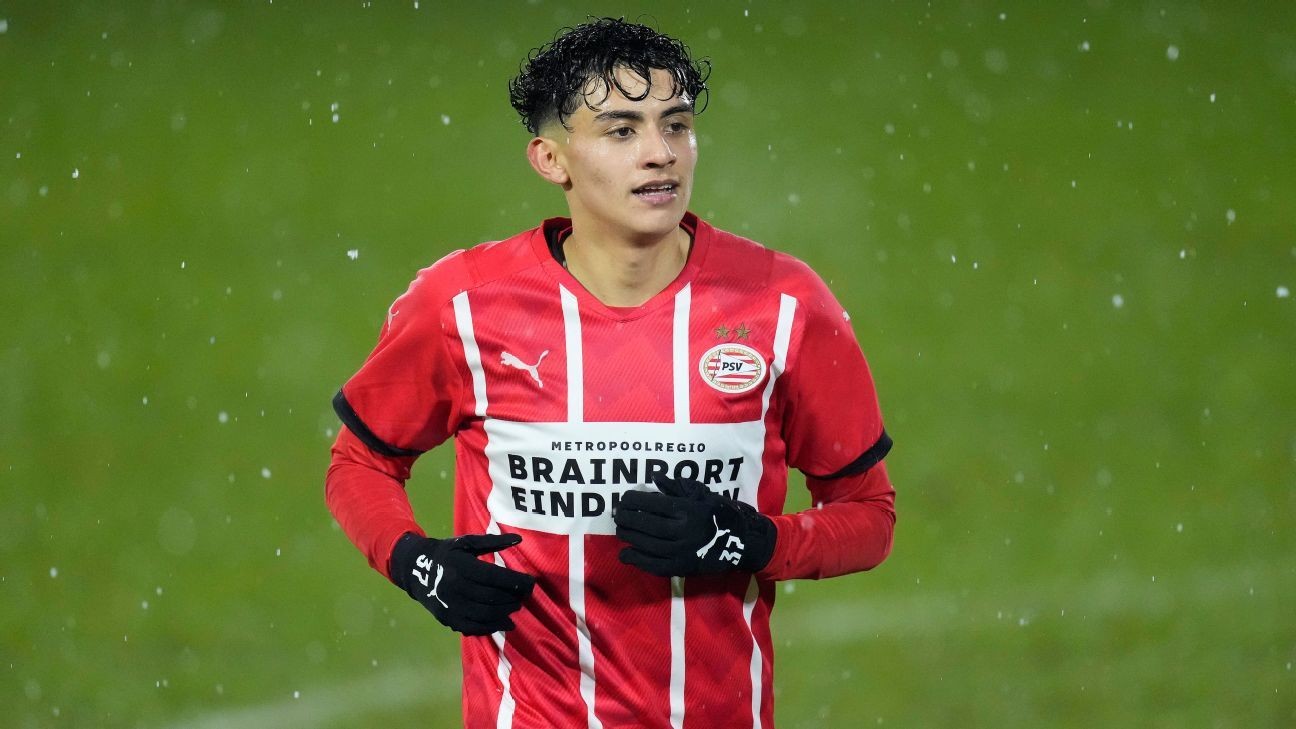 USMNT midfielder Richard Ledezma has reporedly been contacted by Mexico to play for their national team. Soccrates / Courtesy of ESPN NL

PSV Eindhoven and United States international midfielder Richard Ledezma has "made no commitment" to play for Mexico, according to a source close to the player.

Ledezma, 21, scored the game-winner for PSV in Sunday's 2-1 victory over PEC Zwolle, his first for the club at senior level. The goal capped off a comeback season for Ledezma, who tore the ACL in his right knee in December of 2020, forcing him to miss the rest of that season.

In the season that just concluded, Ledezma recovered to make a total of six league and cup appearances, as well as playing in seven matches with PSV II, scoring one goal.

On Monday, a report out of Mexico indicated that Ledezma, who made his full debut with the USMNT in a friendly against Panama in November of 2020, had opted to switch his allegiances to El Tri. The story added that all Ledezma, who was born in Phoenix, needed to do was obtain a Mexican passport, which he could acquire through his parents.

The source added that while the Mexico Football Federation had contacted Ledezma and had "a couple of conversations," there is "no commitment" on the part of the player. The FMF also reached out to Ledezma back in 2019.

After making his professional debut with USL Championship side Real Monarchs in 2018, Ledezma moved to the Netherlands later that year, signing with PSV's youth side Jong PSV. He made his first-team debut for PSV in November of 2020, just prior to his injury.

Internationally, Ledezma has represented the U.S. at U20, U23 and senior levels. He was also part of the U.S. side that reached the quarterfinals at the 2019 FIFA U-20 World Cup.