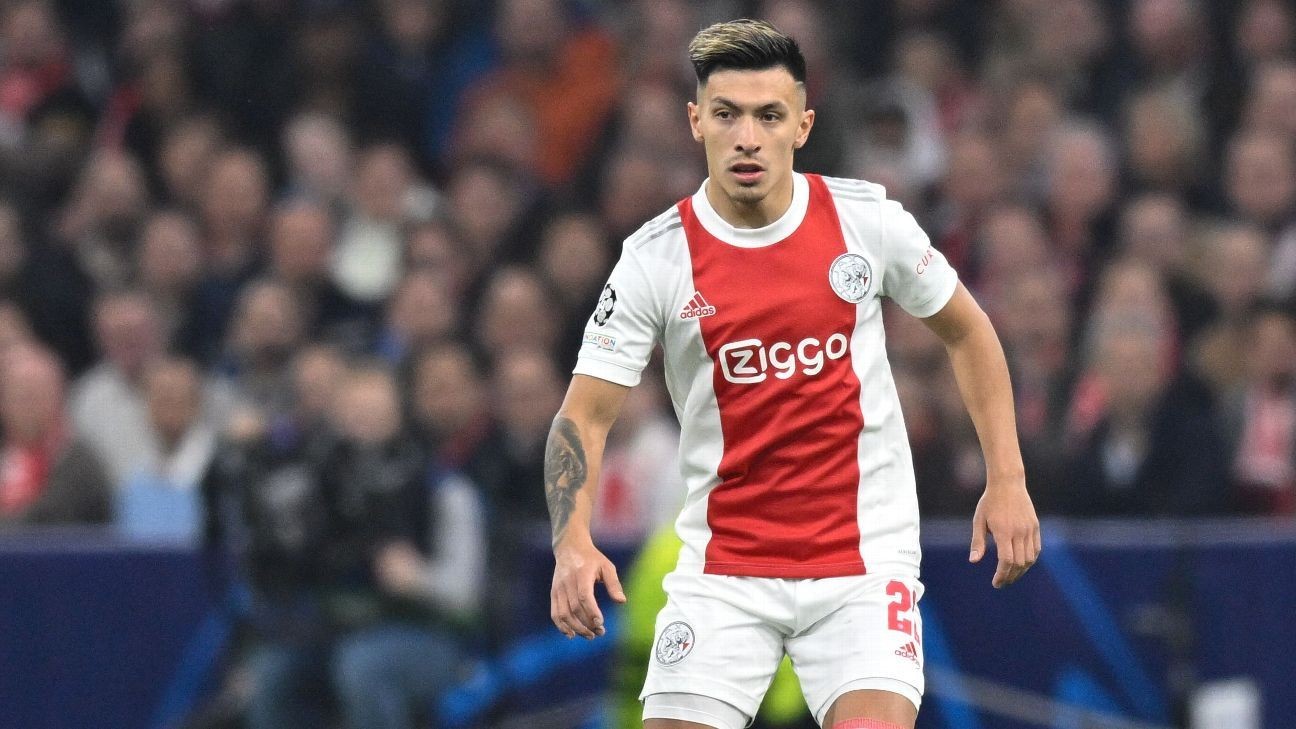 Lisandro Martinez is open to a move away from Ajax, sources have told ESPN. Mario Hommes/DeFodi Images via Getty Images

The north London club had a €30m bid rejected earlier this month, sources have told ESPN, and have now made an improved offer although they remain short of Ajax's valuation, which is believed to be closer to €50m.

Manchester United are also tracking Martinez, but sources said the club are yet to make a formal bid.

Martinez is thought to be open to a move but Ajax are under no financial pressure to sanction a departure. They are bracing themselves from interest in a number of their players from United, who appointed their head coach Erik ten Hag in April.

Arsenal are keen to add greater depth to their defensive options and view Martinez as a player capable of playing at both centre-back and at left-back. His versatility as a possible option in midfield has also been discussed.

Meanwhile, Arsenal are set to complete the £45m signing of Gabriel Jesus from Manchester City. The Brazil striker was at London Colney on Tuesday undergoing a medical and is poised to sign a five-year contract.