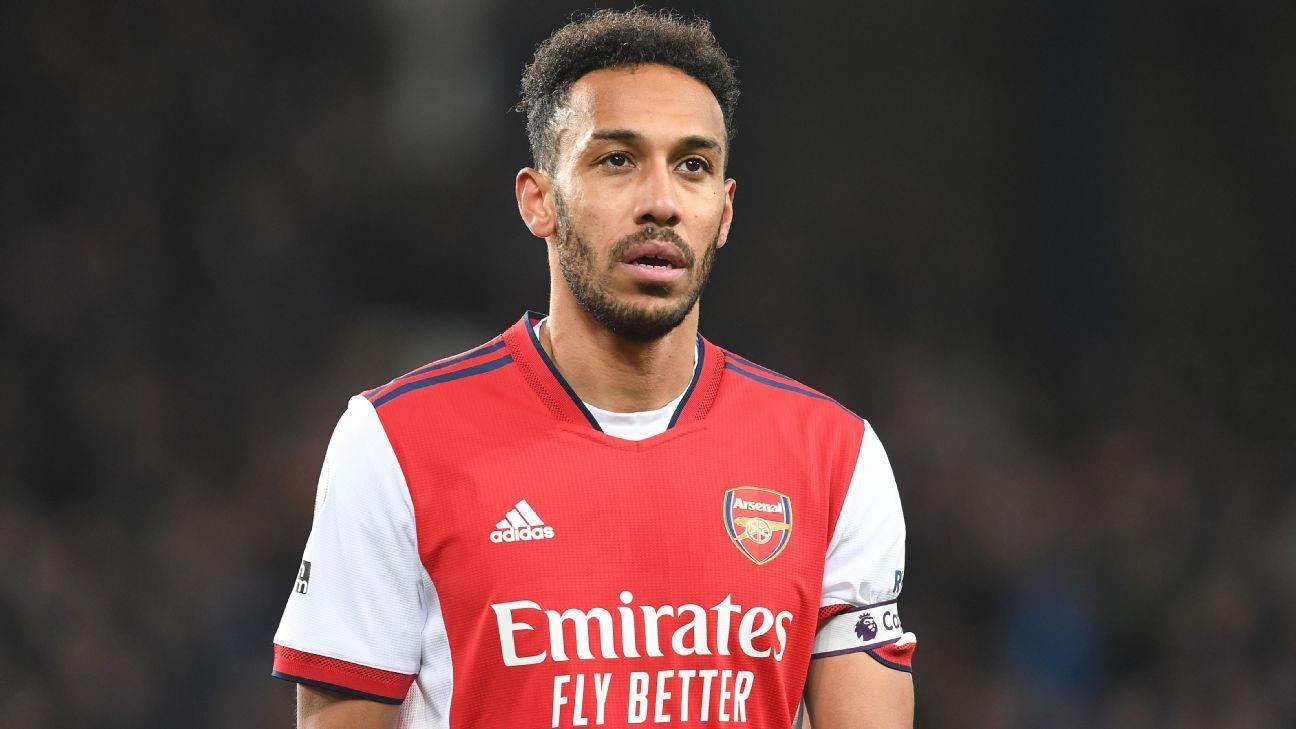 Arsenal striker Pierre-Emerick Aubameyang is one of the players Barcelona are considering as a short-term solution to their goal-scoring problems as a deal for Juventus striker Alvaro Morata looking unlikely, sources have told ESPN.

Arsenal are open to Aubameyang's departure in January after his relationship soured with coach Mikel Arteta, but only if the majority of his £250k-per-week wages are covered. Ideally, sources have told ESPN the north London club would sign a replacement, although this is not understood to be a deal breaker.

In addition to Barca's interest, Juventus and Saudi Arabian side Al Hilal have also been linked with Aubameyang.

Barca boss Xavi Hernandez wants to add another forward to his squad before the transfer window closes on Monday, but any arrivals will depend on winger Ousmane Dembele either signing a contract extension or moving elsewhere.

ESPN first reported in December that Morata was the club's first-choice attacking target, but they have so far been unable to strike a deal for the Spain international.

Morata, 29, is on loan at Juventus from Atletico Madrid, and any transfer would require the go-ahead from both clubs. However, Atletico are battling with Barca for a place in the top four in LaLiga and are reluctant to strengthen a direct rival.

Sources have told ESPN that Atletico would be open to a permanent deal, with Morata out of contract in 2023, but Barca want a temporary solution. Therefore, Barca are exploring other options, including alternatives in addition to just Aubameyang.

Aubameyang, 32, has not featured for Arsenal since Dec. 6. He has been offered to Barca previously but the club have always prioritised other players. However, ESPN sources have said the situation with Morata has led them to contemplate a move for the Gabon international this time.

Xavi is also keen to bring in a left-back -- with Ajax's Nicolas Tagliafico among the club's targets -- but the priority now is adding more goals to the team after forward Ansu Fati was ruled out for two months.

Ansu's hamstring injury comes after striker Sergio Aguero's retirement and with uncertainty continuing to surround the future of Dembele, who is out of contract this summer.

Any more incomings at Camp Nou this month will be dependent on player exits. The club are operating on a LaLiga-imposed spending limit of €97 million for the season and can only invest 25% of what they save on new players.

They have already signed Dani Alves and Ferran Torres in January, with the latter registered with LaLiga after Philippe Coutinho's move to Aston Villa and Samuel Umtiti's wage cut.

Barca also expect to complete the signing of Adama Traore from Wolverhampton Wanderers.

Traore, who came through Barca's youth system, will arrive initially on loan and has accepted a low salary until the end of the season, with sources telling ESPN it will enable Barca to register the Spain winger with the league.

If Dembele leaves before Monday -- or even if he signs an extension -- that would free up enough salary space to add another forward, and potentially a full-back, too.

Dembele's contract expires in June and he has so far turned down Barca's offers to extend. Barca have told him that if he does nott sign a new contract, he must find a new club before Jan. 31. The player's agent, Moussa Sissoko, has been in the Catalan city this week for discussions to try and find a solution to the stalemate.

Information from ESPN FC's James Olley and Eduardo Fernandez-Abascal contributed to this report.