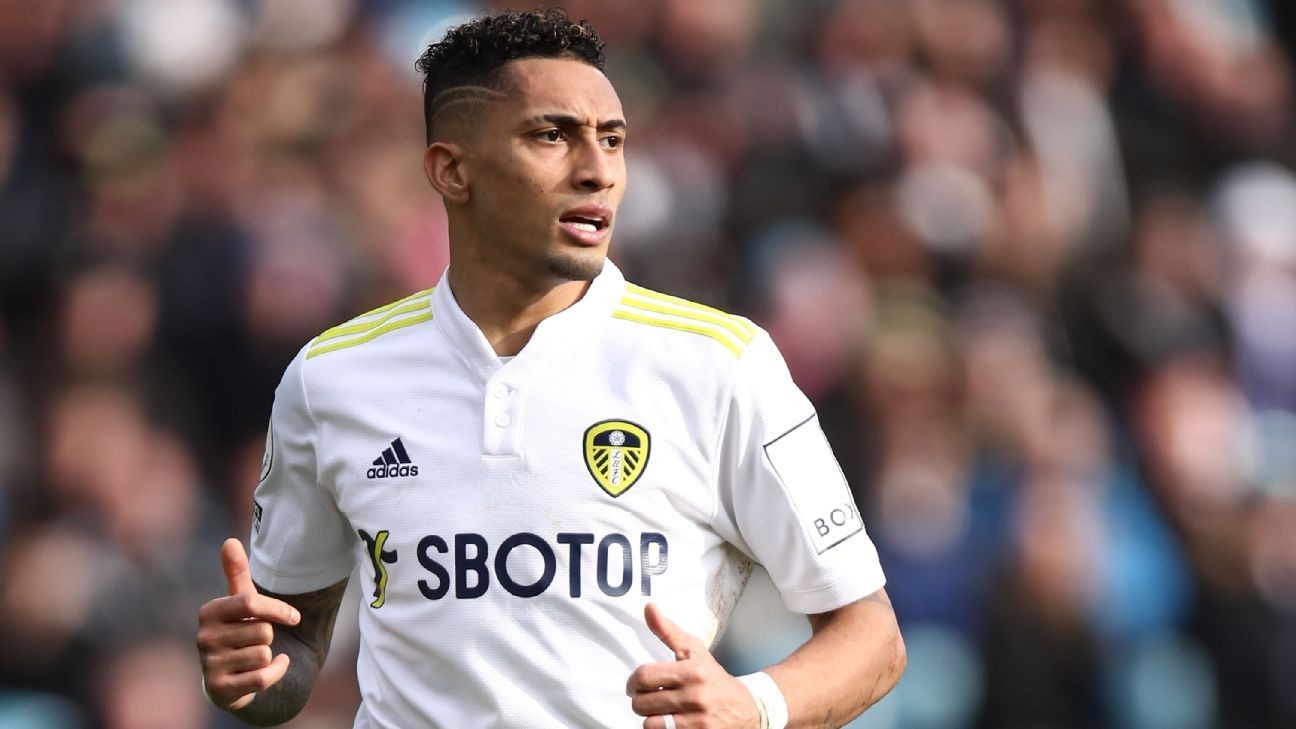 Barcelona face a race against time to sign Raphinha as Chelsea moved into pole position to land the Leeds United winger after agreeing a fee in excess of £60 million, sources told ESPN.

The 25-year-old is thought to prefer a move to Camp Nou, but Barca are so far unable to table a firm bid amid ongoing financial constraints.

Sources have told ESPN that even with Barcelona midfielder Frenkie de Jong's proposed move to Manchester United nearing completion, the Catalan giants are unlikely to be able to move quickly to sign Raphinha.

That situation could change if other circumstances allow -- a new television rights sale or Ousmane Dembele's contract renewal are two possible variables -- but Chelsea are now leading the race for the Brazilian after talks accelerated on Tuesday.

The Blues are believed to have agreed an initial fee of £55m with at least a further £5m in add-ons -- a figure Arsenal have so far proved unwilling to match.

Gunners head coach Mikel Arteta is also keen on bringing Raphinha to Emirates Stadium and the club had a bid of £30m plus £10m in add-ons rejected last week.

Whether Arsenal try to respond to Chelsea's offer remains to be seen, but it is understood the Blues are now confident of landing Raphinha unless Barcelona decide to formalise their interest.