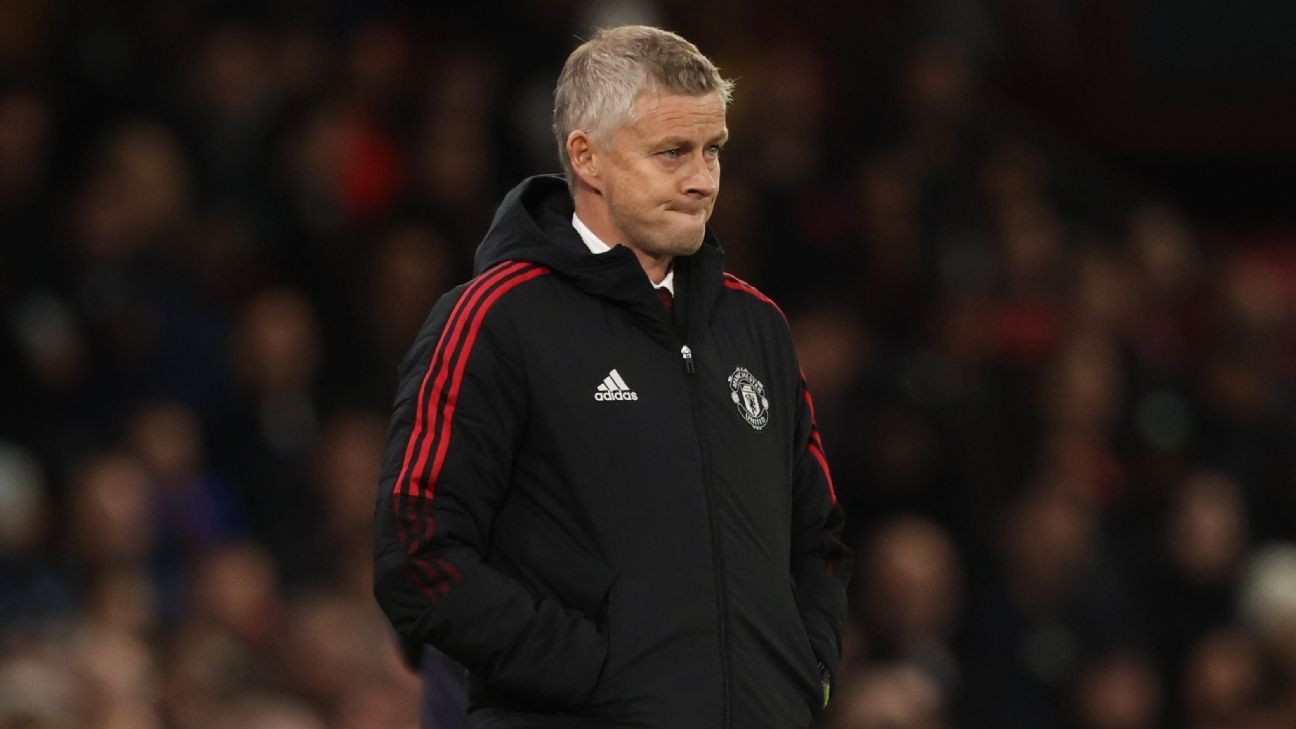 Ole Gunnar Solskjaer is fighting to save his job as Manchester United manager with sources telling ESPN that the 48-year-old had already lost the faith of a sizeable number of his squad even before Sunday's 5-0 defeat against Liverpool.

ESPN has also been told that the United hierarchy are aware that former Juventus, Chelsea and Inter Milan coach Antonio Conte is prepared to return to management at Old Trafford.

Solskjaer, initially appointed as interim manager following the sacking of Jose Mourinho in December 2018, has now lost five of his last nine games and sources said that his support in the dressing room is largely limited to the core of United's British players and a small number of the team's overseas players.

Although sources have said the atmosphere around the club is nowhere close to being, in the words of one source "as toxic as it was under Mourinho" the defeat against Liverpool has cast an air of resignation around Old Trafford about Solskjaer's future as manager.

ESPN has been told that Solskjaer's inability to solve the team's defensive problems, his apparent "favouritism" of under-performing players and reluctance to hand opportunities to Jesse Lingard, Donny van de Beek and Nemanja Matic has led to some players openly criticising the manager to teammates while on international duty.

Sources also said that senior players have become exasperated by Solskjaer's failure to impose his authority on United's misfiring forwards.

One source cited the lack of understanding between Cristiano Ronaldo and Mason Greenwood as being down to Solskjaer and his inability to force the pair to link up more convincingly. Teammates have noticed that the pair rarely pass to each other in attacking positions and that Ronaldo is becoming visibly irritated by his young teammate's decision to shoot rather than pass in goalscoring positions.

Ole Gunnar Solskjaer is yet to win silverware as Manchester United boss. Getty

Although sources said that Solskjaer is not an unpopular figure within the squad, unlike Mourinho and his predecessor, Louis van Gaal, there is a belief that the former Molde manager lacks the experience, mentality and credentials of Pep Guardiola, Jurgen Klopp and Thomas Tuchel.

Sources said that senior players want more tactical direction from Solskjaer and his coaches, but that he has been found wanting in that area.

Conte, who resigned as Inter coach after guiding the club to the Serie A title last season, has a track record of imposing tactical demands on his teams, winning domestic titles with Juventus, Chelsea and Inter supporting his credentials as a coach with a successful CV.

Sources told ESPN that there has been a reluctance within United to turn to Conte, who is regarded within the game as an abrasive and demanding character, but there is also a realisation at Old Trafford that the Italian is the best option available should they have to find a replacement for Solskjaer.

Mauricio Pochettino has been a long-term target for United, but the former Tottenham coach is now in charge at Paris Saint-Germain and, despite an unconvincing start to the season, is not expected to be available any time soon.