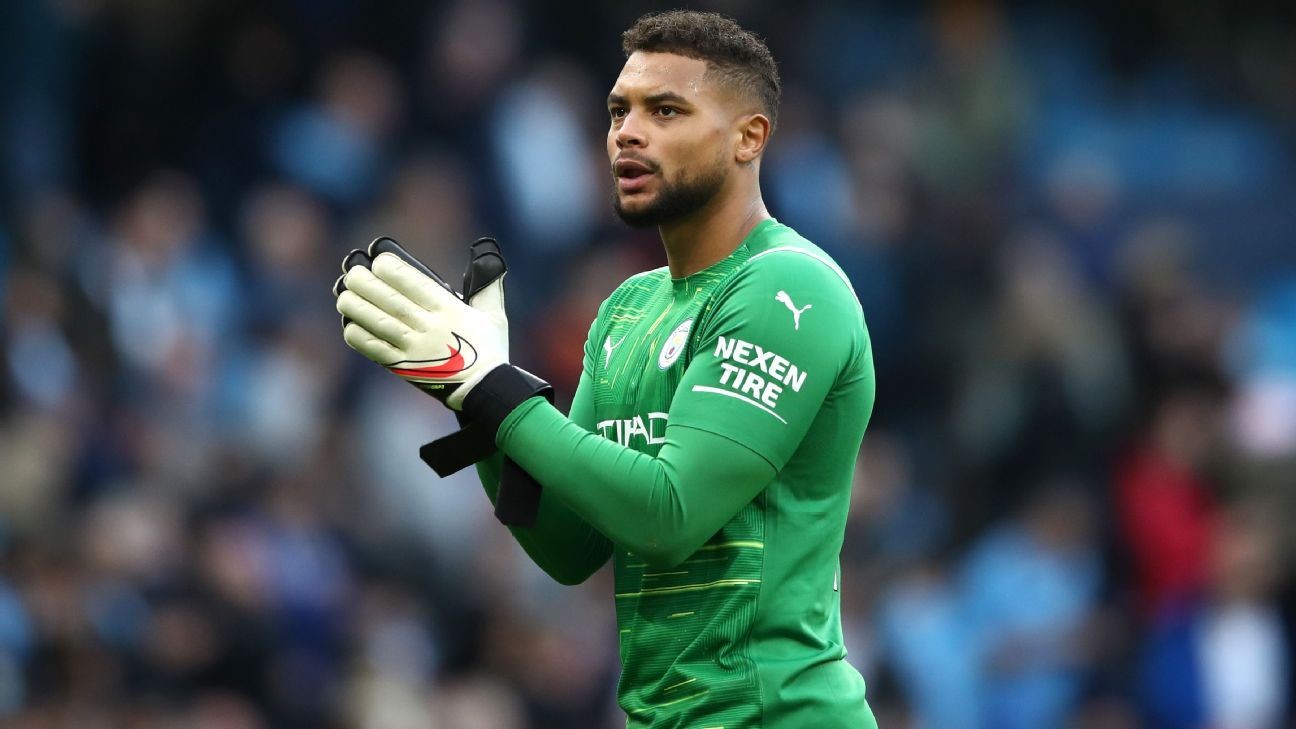 Zack Steffen faces a battle with new Arsenal signing Matt Turner to start in goal for the USMNT at the 2022 World Cup. Jan Kruger/Getty Images

Steffen, who signed with Manchester City from the Columbus Crew in 2019, spent the last two seasons as the primary backup to Ederson, keeping eight clean sheets in 21 appearances across all competitions. He has made just two appearances in the Premier League.

The possibility of a loan was first reported by the Manchester Evening News.

For Steffen, it's a move that would likely secure consistent playing time and give him a better chance to earn the starting job for the United States at the World Cup. Steffen is one of three European-based options for the U.S.--along with Arsenal's Matt Turner and Nottingham Forest's Ethan Horvath -- who faced the prospect of limited first-team minutes in advance of the tournament.

Steffen did not appear with the United States during its four June matches, for what the team said was family reasons. He has made 29 international appearances since he debuted in 2016, including six during World Cup qualifying,