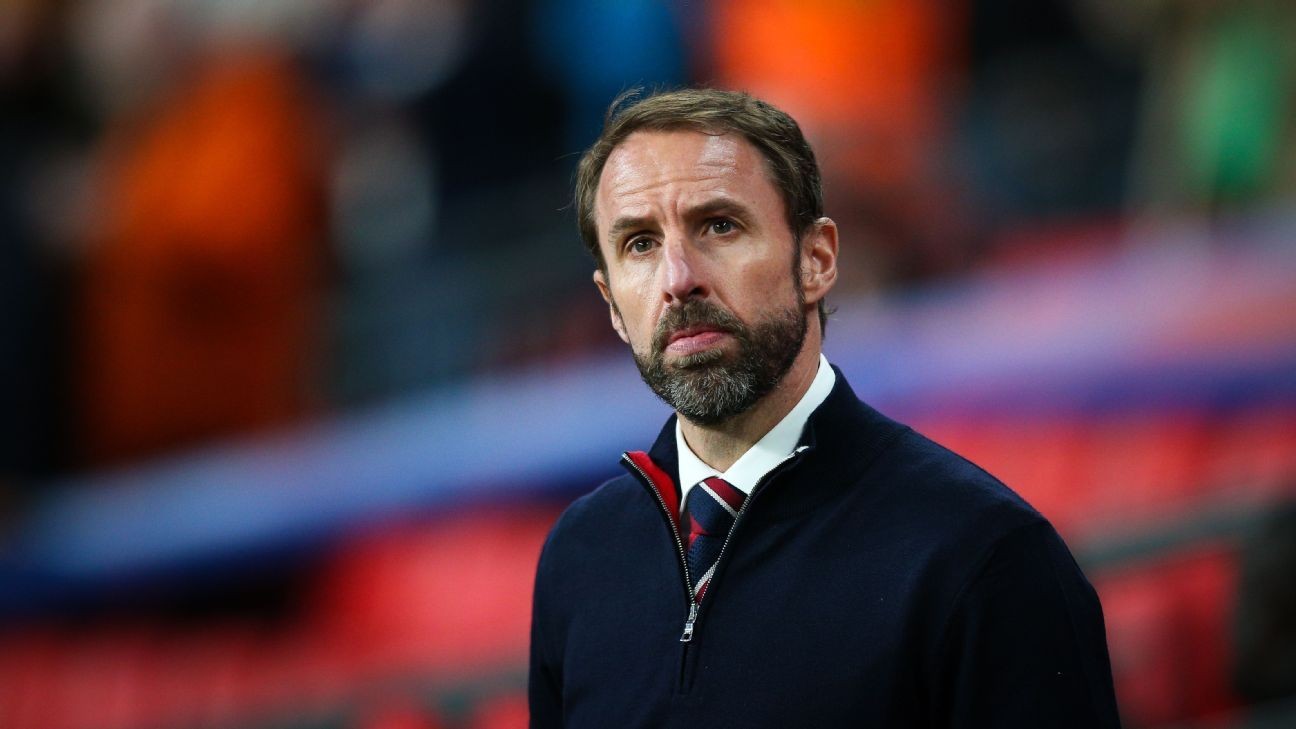 Gareth Southgate said the rising issue of fan disorder is a reflection of society. Photo by Craig Mercer/MB Media/Getty Images

Gareth Southgate has voiced his concern at an apparent rise in fan disorder at matches but fears any message he sends to England supporters ahead of their trip to Germany will be ignored.

Recent Premier League and English Football League matches have been marred by incidents of violent behaviour with players and managers coming under attack following pitch invasions.

The first of four Nations League matches for England next month will be played behind closed doors in Budapest after Hungary were found guilty of racism by FIFA during a World Cup qualifier between the two countries on September 2.

England then travel to Munich to face their old adversaries Germany for a fixture regularly blighted by off-field incidents before playing Italy at Molineux, again behind closed doors after the Football Association were punished over crowd trouble at the Euro 2020 final. The final game is the reverse clash with Hungary on June 14.

"There's clearly a responsibility within football because when it is in our environment, we have got to do all we can to try and make sure it doesn't happen," Southgate said as he announced his 27-man squad at Wembley on Tuesday.

"I think we all recognise that. But it's a wider problem. It is behaviour and a reflection on where we are as a country at the moment. It is a difficult time for people, we are going to have more difficult times because of the economy and the realities of the situation we are in.

"But we have to look at what we're doing in terms of parenting, everything really. What are the expectations? How do we want to be viewed as country because that's manifesting itself in football at the moment and that's not a good look.

"We don't want to go back to fences up and the type of environment that created. The game has been more inclusive over the last 20 years, a better place for families and women to attend, a completely more diverse audience. So I'm really positive we don't want to step back.

"But football reflects society so it would be easy for some people to just put it on football, but that's not the reality of it. I repeat: football has got a responsibility, we have to do our bit and we have to get that right. But what happened here before our final, that wasn't just football supporters. That was people unable to behave, unable to control themselves when consuming alcohol so there are many, many broader parts to it."

Asked whether he had a specific message for supporters travelling to Munich, Southgate said: "Well, I doubt they'd listen to it really because we are always sitting, giving those messages but frankly if people are going to cause trouble, it is not going to make a jot of difference what I say about it.

"I just think we're representing the country, so it everybody that travels. We should be good ambassadors for our country and leave a good impression. Thousands of football fans every year do that and are welcomed back and are greeted warmly by people all around Europe when they travel. So, I think everybody that leaves this country, goes on holiday or goes to watch football matches has that same opportunity and responsibility."