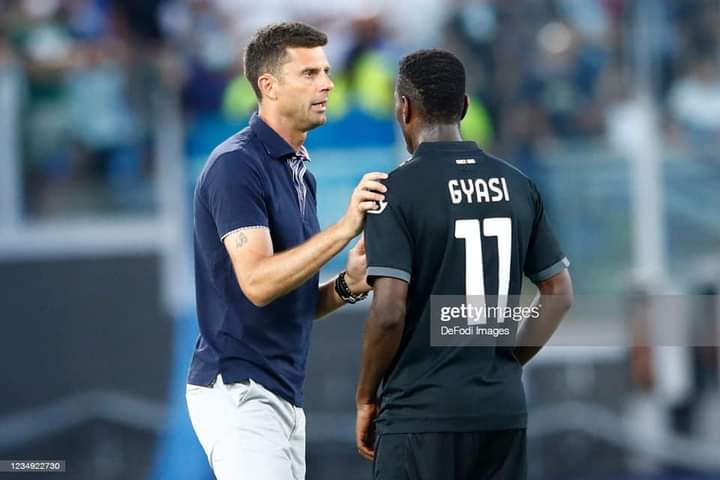 Spezia Calcio manager Thiago Motta is impressed with multi-talented player Emmanuel Gyasi after the striker turned right-back in the victory against Salernitana.

The Black Stars winger proved his versatility when he played on the right side of defence as the Eagles returned to winning ways with a 2-1 victory at the Alberto Picco Stadium.

"Gyasi was a full-back, The example this afternoon was Gyasi, who was also a midfielder the other time. I don't know how he did it, he never complains, I don't even have to ask him for anything and he makes himself available." said the manager after the game.

"For a coach and for a group, gratitude must always be enormous. I have already said what I think about the player and the person, I want to thank him publicly. He can do many roles, it's good for himself and it's good for the group," he added.

Spezia were down to a Simeon Nwankwo goal after 39 minutes but a strong second half performance saw David Strelec and Viktor Kovalenko net for the hosts to secure all three points.

Emmanuel Gyasi has been instrumental for Spezia in the ongoing campaign, scoring twice in eight serie A games.