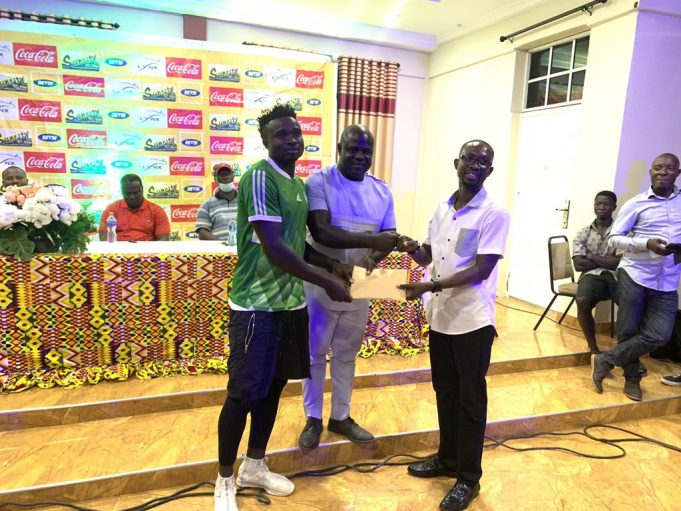 Tano Bofoakwa may be feeling disappointed for failing to secure Ghana Premier League promotion but a staunch supporter has rewarded their efforts by donating GHC10,000 cedis to the club.

Before the match last Sunday, Economic Advisor and Spokesperson to the Vice-President, Dr Gideon Boako met with the playing body and promised GHC10,000 as he sought to motivate them to secure victory, which would have earned them top-flight football next season.

Despite falling short, Dr Boako has fulfilled his promise. The Presidential Staffer, through the Bono Regional Communications Director, Mr Asare Bediako Seth donated the amount to the team this week.

The Operations Manager for Tano Bofoakwa, Mr Alphonse Cuddjoe who received the amount expressed their gratitude to Dr Boako for his kind gesture and assured him that, the money will be used judiciously to yield better results for the team.