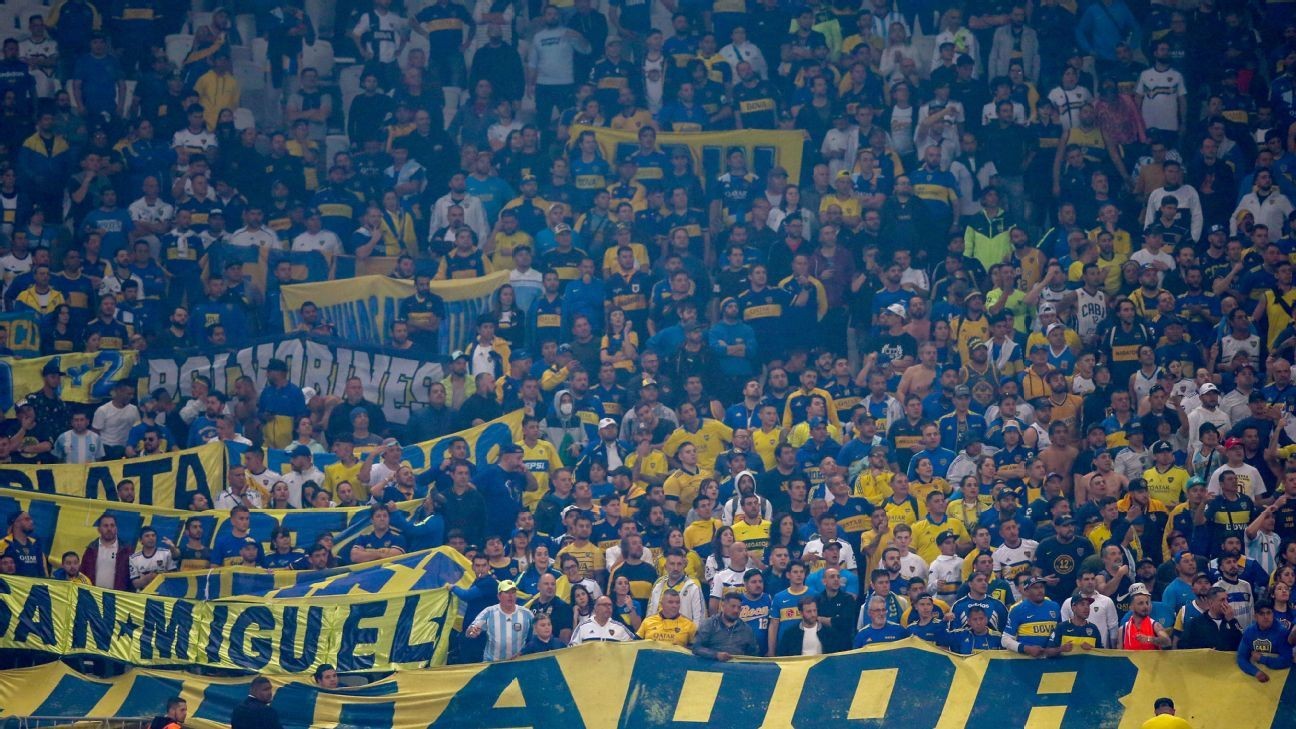 Three Boca Juniors fans were arrested for racist insults during their Copa Libertadores match against Corinthians on Tuesday. Getty Images

Three supporters of Argentine side Boca Juniors were arrested for making racist insults after their 0-0 draw away to Brazil's Corinthians in the Copa Libertadores, the Public Security Department of Sao Paulo said on Wednesday.

During the tournament's round of 16 match, two visiting Boca fans were filmed imitating monkeys in front of Corinthians supporters, while the third was caught giving a Nazi salute.

The three men arrested, two for racial slurs and one for racism, were being held in prison, the Public Security Department said in a statement cited by the local media.

"Corinthians vehemently repudiate the racist acts that involved Argentine fans at the Neo Quimica Arena this Tuesday," Corinthians wrote on their Twitter on Wednesday.

"These behaviours will not be tolerated."

A Boca fan was also arrested in the team's group stage game against Corinthians on April 27 for making racist gestures at opposition supporters.

"True to their history of struggle, Corinthians will continue to file timely complaints until it is no longer necessary," the club added.

The two teams will face each other again on July 5 in round of 16 second leg, in Argentina.