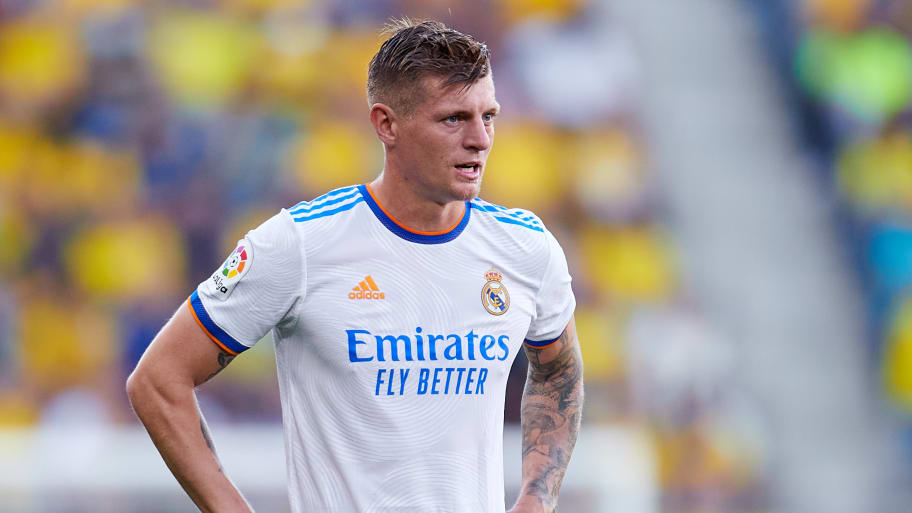 Real Madrid midfielder Toni Kroos has been tipped to wait until after the Champions League final at the end of this month before deciding whether to extend his contract with the club.

The 32-year-old, who also won the World Cup with Germany two weeks prior to joining Real, has one more season left on his current contract that he signed in 2019.

Marca has reported that Kroos has already been offered an extra year on that deal to take it to 2024, only for the player to inform club officials he wants to wait before making his mind up.

The suggestion is that Kroos, rather than being unsure about whether he wants to be at Real, is keen to consider how his mind and body feels looking to the future.

Kroos will be 33 when his current terms expires in 2023. He retired from international football immediately after Euro 2020 last summer and has previously spoken about hanging up his boots at club level once this contract is up.

“I believe that the year 2023 is appropriate [to retire], I will be 33 years old,” he said last year when discussing his future. “I will decide whether I will renew for a season or two, that is still open for discussion, but I am completely sure that I will retire at Real Madrid.”

Kroos saw former Bayern Munich and Germany teammate Philipp Lahm quit professional football in 2017 at the age of 33, walking away at the very top rather than extend his career longer.

This article was originally published on 90min as Toni Kroos waiting until after Champions League final to decide Real Madrid future.