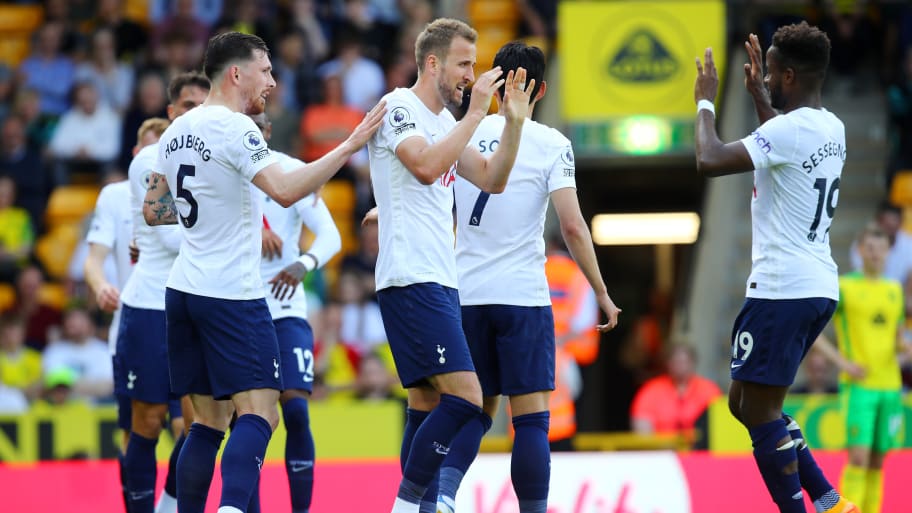 Tottenham have qualified for the 2022/23 Champions League after winning at Norwich on the final day of the Premier League season.

Spurs overhauled Arsenal in the race for the top four thanks to their win in the north London derby and subsequent victory over Burnley, with the Gunners' defeat at Newcastle giving Antonio Conte's side a two-point advantage heading into Sunday.

Dejan Kulusevski's 16th-minute strike was the nerve-settler the visitors needed at Norwich, before Harry Kane made it 2-0 just after the half-hour mark, nodding in Rodrigo Bentancur's cross after a terrible blunder from Canaries goalkeeper Tim Krul.

Kulusevski later got his second, cutting in and curling into the top corner beautifully, before Son Heung-min joined the party with two goals of his own.

Arsenal held up their side of the bargain by thrashing Everton, but it wasn't enough for Mikel Arteta's side to reach the top four.

The result means Tottenham have returned to the Champions League after a two-season absence, having last featured in the competition during the 2019/20 campaign when they reached the last 16 where they were knocked out by RB Leipzig.

A disappointing Europa League performance followed the season after, being knocked out in embarrassing fashion to Dinamo Zagreb, while they exited the Europa Conference League earlier this term after a Covid-19 outbreak resulted in their final group stage game being cancelled.

Spurs' qualification will also give manager Conte the chance to improve on his poor record in Europe. The Italian has never made it past the quarter-final stage in Europe's premier competition, while he was a defeated Europa League finalist with Inter in 2019/20.

This article was originally published on 90min as Tottenham qualify for 2022/23 Champions League.