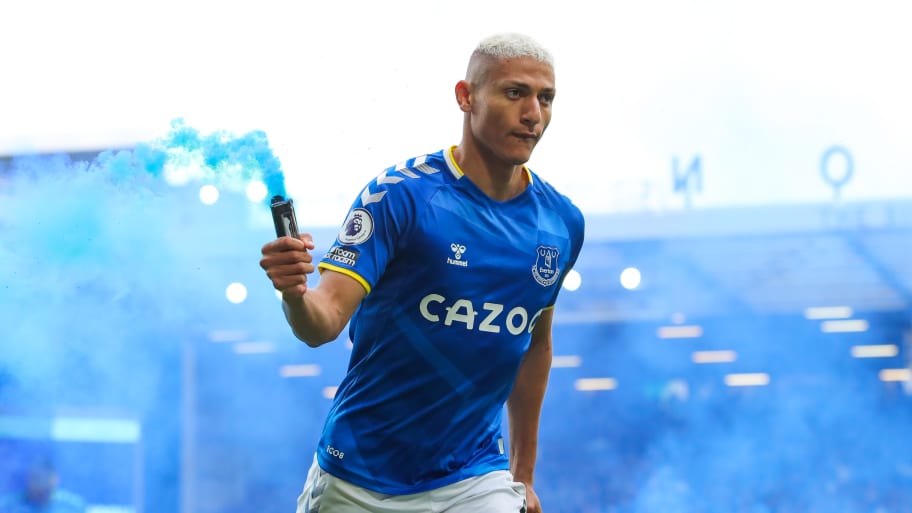 Tottenham Hotspur have completed the signing of Brazilian international Richarlison from Everton in a deal worth up to £60m, subject to a work permit.

Richarlison, who has also played for Watford in the Premier League, has been Antonio Conte's top attacking target ahead of the new season, which will see Spurs compete in the Champions League following last season's top four finish. The 25-year-old has scored 48 goals in 173 top flight appearances to date.

The player completed a medical in Brazil on Thursday ahead of the announcement of the deal, and Richarlison will join up with Spurs for pre-season in the coming days.

Spurs have confirmed the contract will run for five years, until the summer of 2027.

Upon completion of the deal, Everton announced: "Richarlison has completed a transfer from Everton to Tottenham Hotspur for an undisclosed fee.

"Everyone at Everton would like to thank Richarlison for his service and commitment during his time with the club."

Richarlison becomes Spurs’ fourth signing of the summer, with Fraser Forster, Ivan Perisic and Yves Bissouma having already joined. Middlesbrough's Djed Spence could be next through the door, as the club close in on a £15m transfer for the former Nottingham Forest loanee.

Spurs hope to have that deal wrapped up by Monday, in time for the start of pre-season, as 90min reported earlier this week.

This article was originally published on 90min as Tottenham sign Richarlison from Everton on deal until 2027.