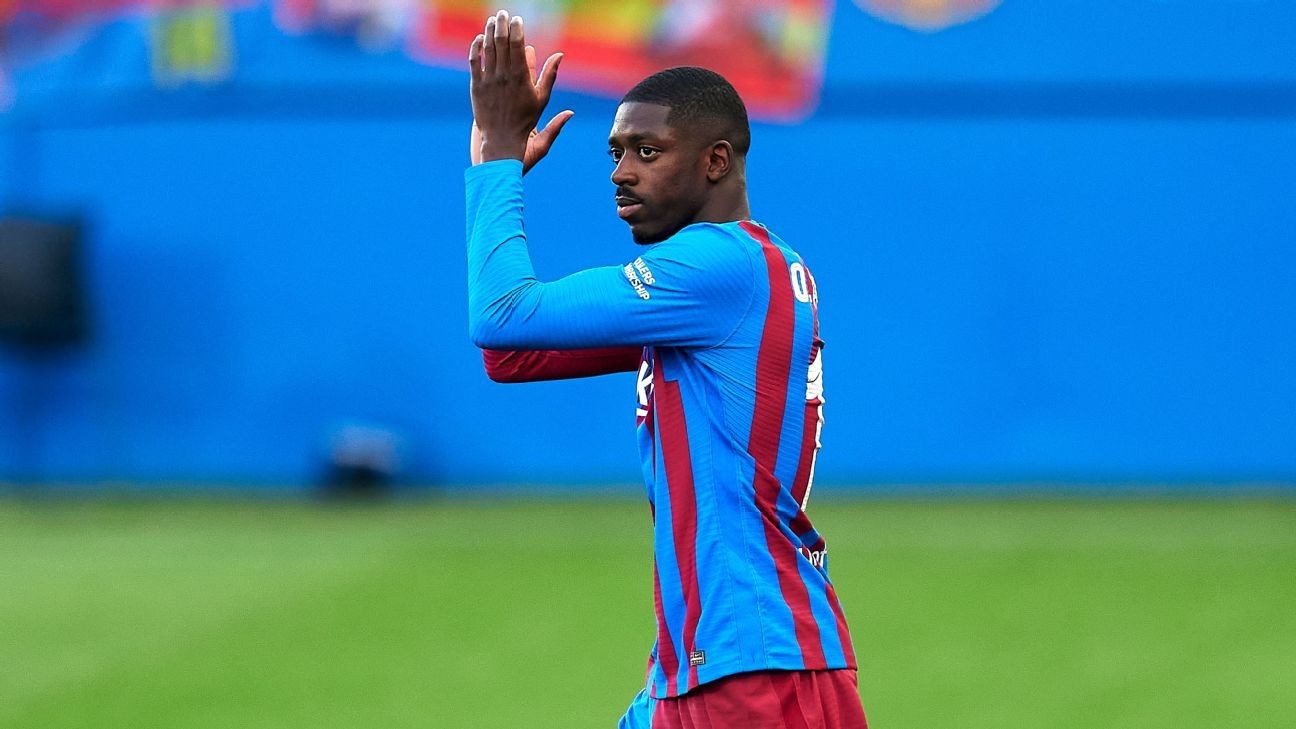 The future of Ousmane Dembele could be in the Premier League, with Goal revealing that the 24-year-old winger is open to a move to Newcastle United.

There is yet to be clarity on his contract situation with Barcelona despite a willingness to renew from the Camp Nou hierarchy, and with just over two months remaining before he can discuss his next step with other clubs, links between Dembele and the Tyneside club are gathering momentum.

It's been previously reported that the Magpies were interested in making Dembele their first marquee signing of the new regime, with contact already initiated between the two parties. But now it seems the interest is mutual between the club and the ex-Borussia Dortmund man.

Dembele is the latest notable name to be tied to Newcastle following their takeover by a Saudi-led consortium, with Adrien Rabiot, Gareth Bale, and Aaron Ramsey all previously mentioned. The club is in the relegation zone and fired Steve Bruce as manager on Wednesday.

And with the latest news suggesting there is the potential of a deal taking place, the current stand-off between Dembele and Barcelona will continue as club president Joan Laporta looks to keep him away from first-team activities.

08.00 BST: Barcelona forward Ansu Fati has signed a new contract which runs until 2027 with his release clause rising to €1 billion ($1.16 billion), the Catalan club confirmed on Thursday.

Ansu's previous deal was due to expire at the end of the season and sources told ESPN that his agent, Jorge Mendes, had fielded calls from some of Europe's biggest teams.

From Jan. 1, Ansu would have been free to speak to other clubs about a potential free transfer next summer, but sources add he made it clear to Barca it was his desire to stay at Camp Nou.

Barcelona were also keen to get Ansu, 18, to agree new terms quickly. The Spain international is seen as key to the club's future in the post-Lionel Messi era and has even inherited the No. 10 shirt previously worn by the Argentina star.

Sources also revealed that the player's new deal will include a staggered salary which increases each season. The release clause in the contract, meanwhile, has risen to a club-record €1bn, matching the figure included in the terms signed by young midfielder Pedri recently.

- Barcelona will face competition from Manchester City as the battle for the signature of Denis Zakaria heats up, writes Sport. The 24-year-old midfielder is yet to agree to new terms with Borussia Monchengladbach, and that has alerted a number of clubs who will hope to acquire him on a pre-contract agreement in January.

- Mauro Icardi is being monitored by AC Milan and Juventus with both clubs keen to sign a striker, reveals Calciomercato. The 28-year-old forward has scored three goals for Paris Saint-Germain this season and is reportedly open to a move back to the Serie A. Icardi last played in Italy's top-flight during his stint with Internazionale.

- Scottish side Aberdeen could face a fight to keep ahold of Calvin Ramsay, with the 18-year-old defender now being tracked by multiple Premier League sides. That's according to Ekrem Konur, who reveals that Manchester United, Arsenal and Aston Villa are all keen to tempt him to England's top flight. He has already established himself in the first team this season, registering three assists from eight appearances.

- Galatasaray are considering a return move for Felipe Melo, according to UOL. The 38-year-old defensive midfielder last featured for the Turkish Super Lig club back in 2015, but with just three months remaining on his deal with Palmeiras, he could be set for a return to Istanbul on an 18-month contract.

- Ryan Shawcross looks set to leave Inter Miami CF and return to England, writes the Sun. Following a run of disappointing results, manager Phil Neville is ready for a clearout that will see the 34-year-old centre-back moved on. Shawcross joined David Beckham's side in February, but he has struggled to settle in with a run of unfortunate injuries.