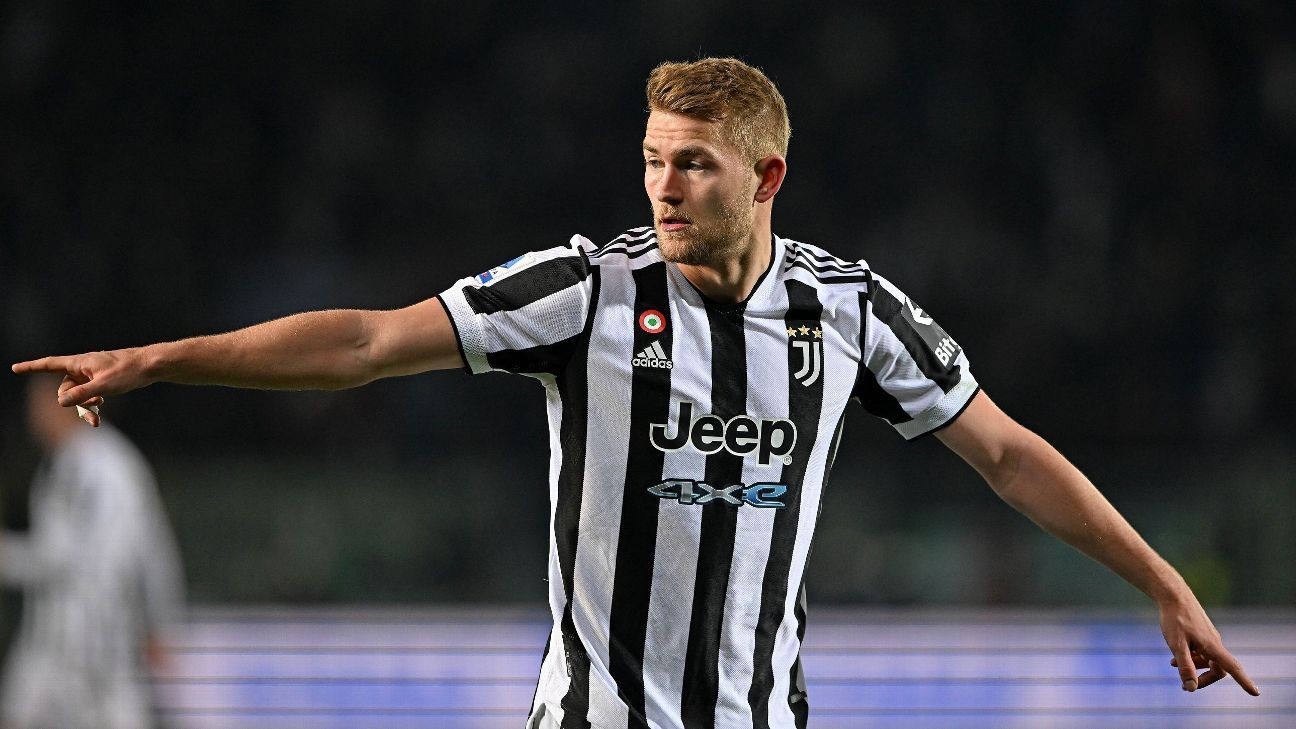 The Daily Telegraph claims that Chelsea boss Thomas Tuchel "has been promised as many as six summer signings" by the club's new owner Todd Boehly, who will hand him around £200 million to challenge for the Premier League title again.

Grading the 10 most expensive transfers ever by position16dGabriele MarcottiIs big spending back? What we can expect from the transfer window9dTor-Kristian KarlsenTransfer grades for July 1 deals: Bayern an A for Mane3dJon Molyneux-Carter

In defence, the Blues require a rebuild following the departures of Antonio Rudiger and Andreas Christensen on free transfers. Sevilla's Jules Kounde has been linked with a €60m move, while Chelsea have reportedly offered forward Timo Werner to Juventus in their negotiations for centre-back Matthijs de Ligt, according to Gianluca Di Marzio.

De Ligt, 22, is under contract until 2024, which includes a release clause worth €120m, and Juve are reportedly unhappy with a straight-cash offer. Lens right-back Jonathan Clauss is also being considered to strengthen the depth in defence as doubts remain over the futures of captain Cesar Azpilicueta and Marcos Alonso.

Up front, sources have told ESPN that Man City's Raheem Sterling is the club's top attacking target, however Barcelona winger Ousmane Dembele and Everton's Richarlison are also reported to be on their shortlist.

Striker Romelu Lukaku, who only rejoined Chelsea last summer for €115m, will return to Inter Milan on loan, and Bayern Munich's Robert Lewandowski is of interest to replace him.

Meanwhile, goalkeeper Kepa told Marca that his "clear objective is to play," so they may need to find another backup for No. 1 Edouard Mendy.

08.34 BST: Manchester United and Ralf Rangnick agreed to cut ties at the end of the season in part because of Erik ten Hag's reluctance to work with the German in his proposed consultancy role, sources have told ESPN.

Rangnick spent the second half of last season as interim manager at Old Trafford and was due to take up a two-year consultancy position starting this summer.

But just a week after the end of the campaign, United announced Rangnick would make a clean break from the club and focus fully on his role as manager of the Austria national team.

Sources told ESPN that United instigated the termination of the agreement in consultation with Ten Hag, although Rangnick was already unhappy at not being granted a formal handover with the new manager.

City are set to pay an initial £42m to sign the midfielder with another £3m due in add-ons. Man City U23 midfielder Darko Gyabi, 18, will join Leeds in a separate deal worth £5m.

Phillips will next finalise personal terms with City before undergoing a medical. The 26-year-old should complete his move to the Etihad Stadium in time to join up with Pep Guardiola's squad for their tour of the United States.

The England international will become the club's second major signing of the summer after the £51.2m capture of striker Erling Haaland from Borussia Dortmund.

play1:38Hislop advises Jesus to go be the top dog at Arsenal

- Gabriel Jesus is set to leave Manchester City and move to Arsenal, according to The Athletic. The 25-year-old is reportedly set to join the Emirates for £45m as the Gunners finalise personal terms. The Brazil international, who has one year remaining on his contract, will leave the Etihad after five years, where he scored 95 and assisted 46 in 236 appearances across all competitions for the Premier League Champions.

- West Ham are close to permanently signing Alphonse Areola for £10.5m following a season-long loan from Paris Saint-Germain, reports the Sun. The Hammers are set to announce the deal next week, following the agreement of personal terms. The 29-year-old goalkeeper was mainly used as a replacement for Lukasz Fabianski in the Premier League but is reportedly ready to take over the No. 1 position next season.

- Christian Eriksen is deciding whether to join Manchester United or stay at Brentford next season, according to Sky Sports. The 30-year-old, who trained with Erik ten Hag's Ajax following his cardia arrest at Euro 2020, has reportedly received a more lucrative offer from the Red Devils. However, the Denmark international has reservations about relocating his family this summer, with his contract with the Bees expiring at the end of this month.

- Newcastle United have agreed a deal with Lille for Sven Botman, reports The Athletic. The Magpies had three offers to sign the 22-year-old turned down in the January transfer window and the centre-back is now set to join for €37m including add-ons, with a medical reportedly taking place next week. The Netherlands under-21 international has made 79 appearances for Lille after joining from Ajax in 2020.

- Arsenal and Tottenham are still in pursuit of Raphinha, as negotiations with Barcelona continue to stall, according to Fabrizio Romano. Leeds are asking for £65m to sign the 25-year-old and have already rejected the Gunners' opening offer. Although Leeds have received no new bids for the winger, next week is tipped to be crucial. Chelsea are also reportedly interested in the Brazil international to play at wing-back, but the Blues consider Raheem Sterling as their priority this transfer window.