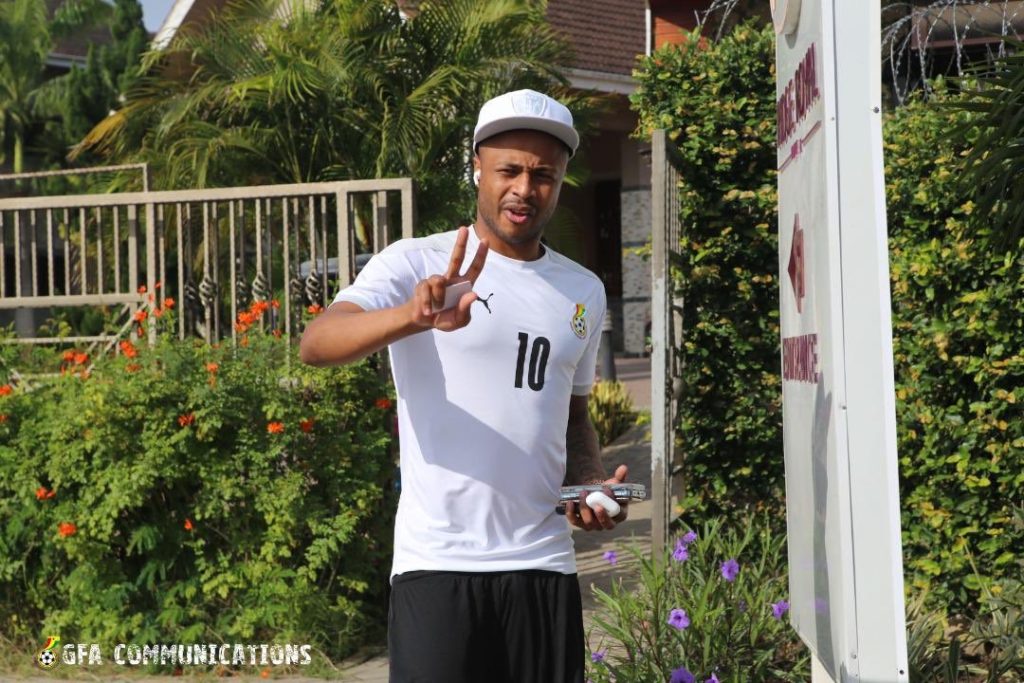 The 31-year-old, who scored in the 3-1 win at home against the Warriors thanked Ghanaian for their support insisting the race is not over yet.

Despite winning the two legged game, the Black Stars sit second on the table behind South Africa.

"Two over two. still in the race .. we will keep going ! Thanks for your support and prayers," wrote the Al Sadd forward on Twitter.

2/2 ✅ 🇬🇭 still in the race .. we will keep going ! Thanks for your support and prayers 🤲🏽👊🏽 🇬🇭 pic.twitter.com/p0FKDELndq

Ayew started from the bench in the second leg in Harare, raising questions about Milovan Rajevac's selection, but the ex-Marseille forward was named as a substitute for precautionary reason.

The Black Stars travel to Ethiopia in November before hosting South Africa in Cape Coast with a place in the play-offs for grabs.

Andre Ayew has been in scintillating form for club and country, and has scored five goals in his last six games for Al Sadd and Ghana.