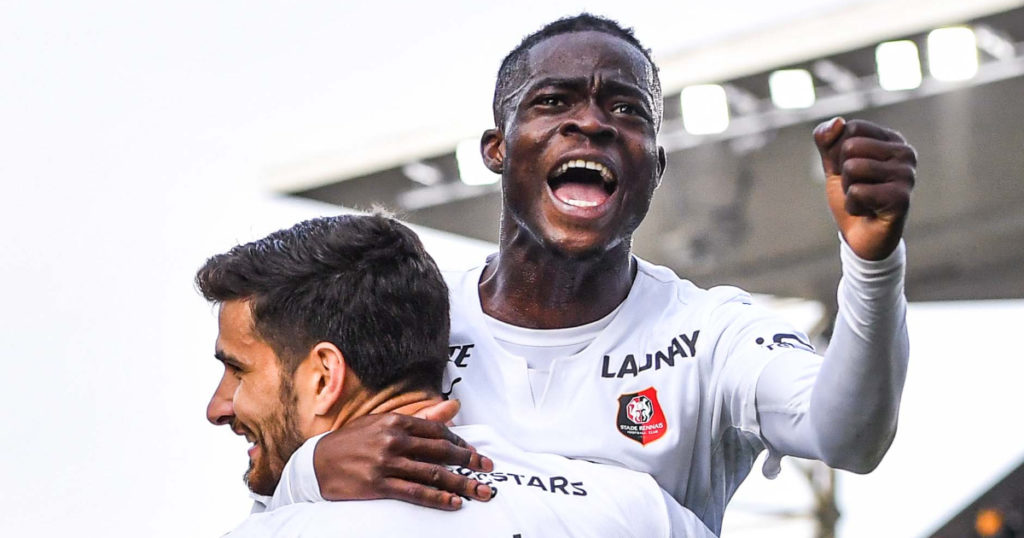 Stade Rennais forward Kamaldeen Sulemana has expressed delight after his side's away win at FC Metz in the French Ligue 1 on Sunday, October 17, 2021.

The red-hot Ghanaian winger netted his team's second in the 3-0 victory at the Stade Saint-Symphorien as Rennais extended their winning streak.

The 19-year-old, who made L'Equipe's team of the week, took to Twitter to thank fans of the Red and Blacks for their support.

"Alhamdulilah , 3pts away from home and a goal. Thanks to the fans who showed up for the game and those who supported from home," he wrote.

Alhamdulilah , 3pts away from home & 🥅

Thanks to the fans who showed up for the game and those who supported from home 🔴⚫️.

Sulemana is having a very good campaign, having scored four goals in ten games for Stade Rennais in the French Ligue 1. He also scored in the UEFA Europa Conference League win at Vitesse Arnhem.

The Black Stars forward was recently named in the best summer signing eleven by Whoscored.com.